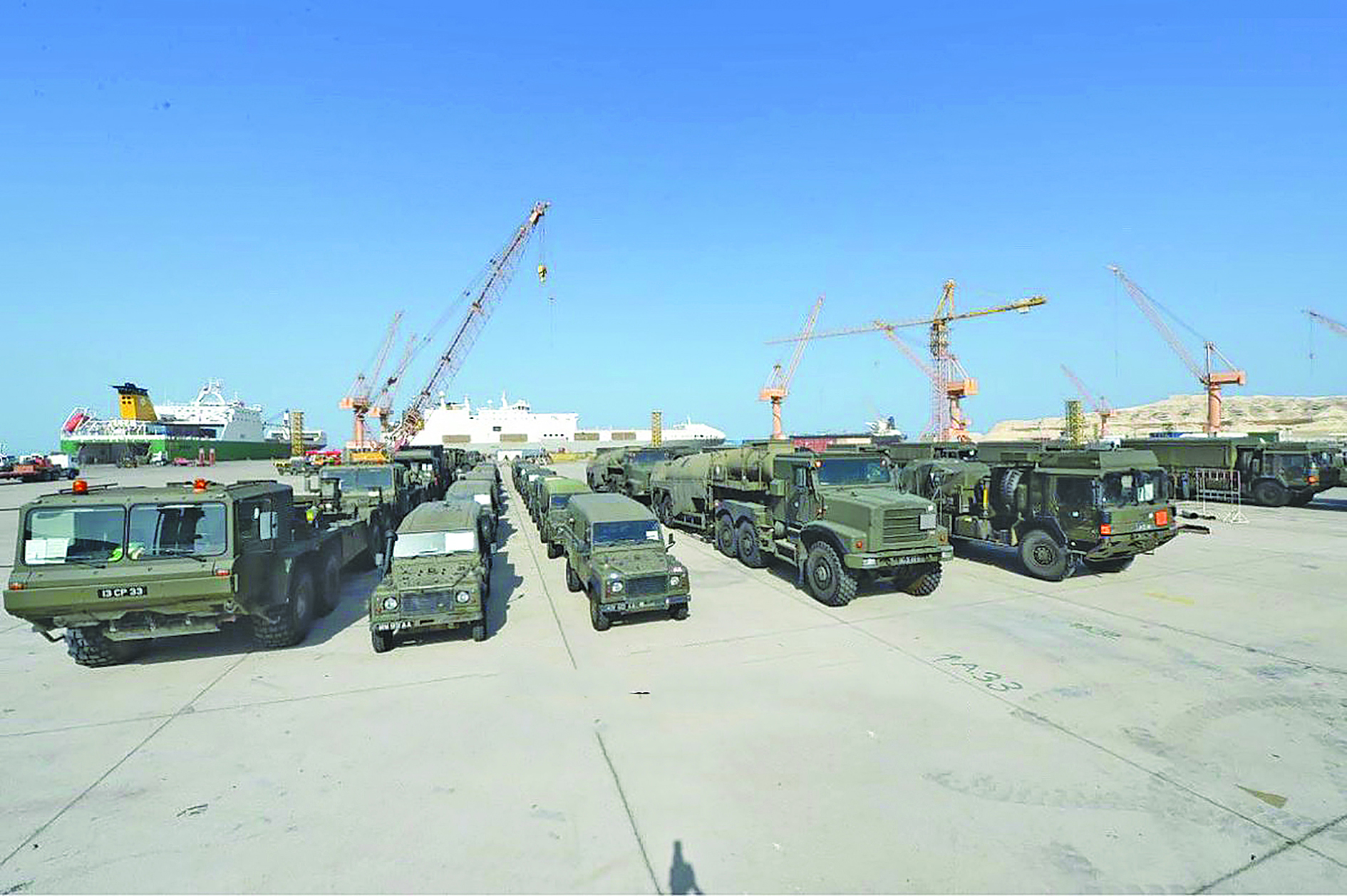 Muscat:Two military training exercises will take place beginning October 1 as part of a series of joint Omani and British drills, according to the Ministry of Defence.
The first joint operation is a national training exercise, entitled Al Shomoukh-2, while the other is a joint Oman and United Kingdom exercise called A’Saif A’Sareea 3
“The 2018 A’Saif A’Sareea 3 comes as part of the joint Omani and British training plans, and as an extension of the series of joint exercises, including the A’Saif A’Sareea 1 which took place in 1986, and A’Saif A’Sareea 2 which occurred in 2001, among other exercises,” said Brigadier General Hassan Al Majini, the spokesperson for the exercise.
A number of State, Military, and Civil officials attended a press conference at the Ministry of Defence to discuss the aims and procedures to be followed at the training exercises. The practices are designed to simulate a realistic scenario and will run from October 1 to November 3, 2018.
Further, the drills seek to take advantage of lessons learned from past military exercises.
The exercise will not only involve the Sultan’s armed forces, but will also include military, security, and civilian bodies, along with the participation of forces from the United Kingdom.
The main objectives of the training exercises include the coordination of joint operations of the Royal Armed Forces, implementing the concept of teamwork between the armed forces, the security and civil services, as well as training in military tactics, according to the latest developments in modern military operations and contemporary military science.
Throughout September, several combat helicopters, tanks, armoured vehicles, and heavy and light transport vehicles belonging to the British Royal Armed Forces arrived at Duqm port to be used in next month’s exercise.