Indians can visit Oman on OMR5 visa: Ministry of Tourism 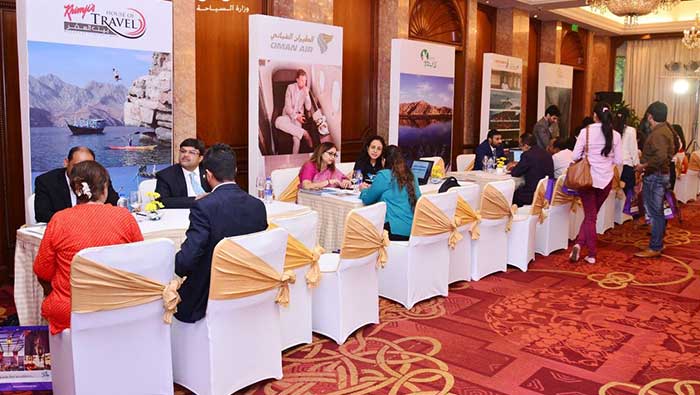 Muscat: Indians visiting Oman can make use of the OMR5, 10-day tourist visa, a top official of the Ministry of Tourism has said.
In a roadshow being organised by the ministry across many cities in India, Maitha Saif Al Mahrouqi, Undersecretary of the Ministry of Tourism, said Indian visitors could avail the visa, which is valid for a period of 10 days.
The visa can be applied for by those who hold a valid visa to the United States of America, Canada, Australia, United Kingdom, Japan and Schengen Countries.
“We see India as a promising potential market and have witnessed significant growth over a period of time,” added Al Mahrouqi. “The Indian traveller is in a rapid state of evolution and is looking to be engaged in many ways. We recognise and acknowledge the demand we see from India and other potential markets.
“Hence, as part of the Sultanate’s National Tourism Strategy 2040, the Ministry of Tourism seeks to introduce the sector’s latest developments, services, projects and facilities of the tourism industry, such as opening the new passenger terminal at Muscat International Airport and launching the Electronic Visa,” she added. “It also aims to promote the Sultanate’s unique cultural heritage, the pristine environment and terrain diversification that will allow tourists to experience the destination.”
The new visa can be applied for at www.evisa.rop.gov.om
This is in addition to the existing e-visa for Oman which is available at OMR20 with a validity of one month. The amendments include dividing tourist visas into three sections: 10 days, one month and one year.
Since 2014, Oman has witnessed over 31 per cent growth in Indian arrivals. In 2017 alone, Oman received 321,161 Indian visitors, showcasing growth of over seven per cent in just one year.