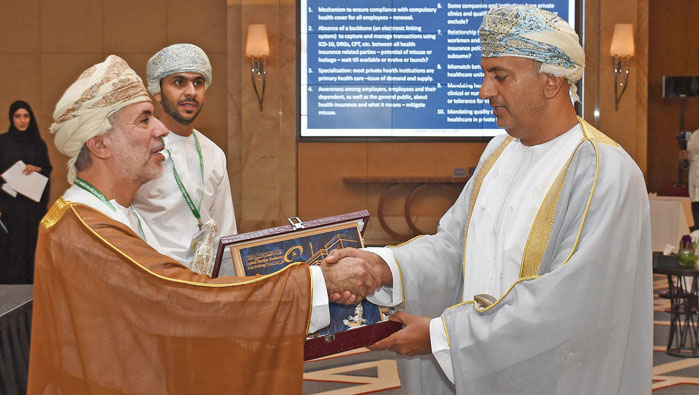 Muscat: An upcoming national health insurance programme will be implemented in five stages and will include one million employees working in Oman’s private sector, according to the Chief Executive Officer of the Capital Market Authority.
“We have worked on a clear plan that started from three points: the progressive implementation of the health insurance system, reducing the cost of insurance coverage, and the creation of a unified health insurance document,” said the Chief Executive Officer of the Capital Market Authority, Abdullah Al Salmi.
Al Salmi’s comments on Monday came during the 12th Middle East Healthcare Insurance Conference, which began on September 23 and will run until the 25th, and aims at making compulsory health insurance sustainable and successful.
“Health insurance will be applied gradually over five stages to be presented in the upcoming sessions,” Al Salmi added, “We are about to submit a tender for an electronic linking mechanism that will link insurance companies and private health institutions.”
Ahmed Al Mukhaini, an expert at the Office of the Chairman of the Authority, said: “The latest statistics indicate that the number of employees in the private sector is concentrated in Muscat, and has reached one million workers.”
“The number of private health institutions must increase and spread across the Sultanate, as the number of private hospitals in Muscat is only 15 hospitals,” Al Mukhaini added. “Linking institutions and creating a unified system that connects all parties involved is one of the most important challenges we will face.”
“Preliminary data indicates that health insurance premiums rose by 18 per cent in the first half of this year,” Al Salmi added.