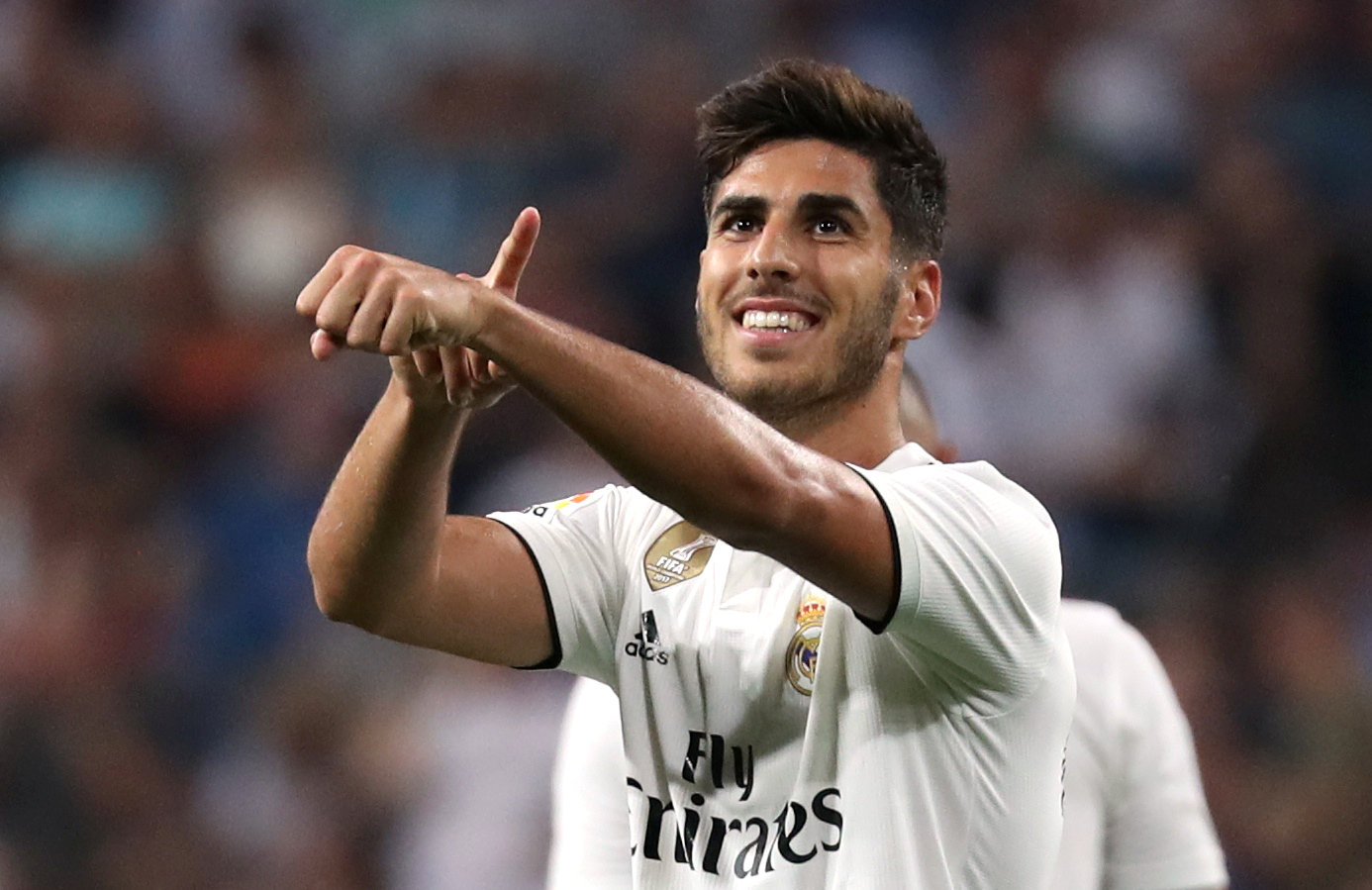 MADRID: Marco Asensio's strike earned Real Madrid a 1-0 win over Espanyol to send them top of La Liga and Thomas Lemar scored his first goal for Atletico Madrid in a 2-0 victory at Getafe on Saturday.
Julen Lopetegui's Real were tested by Espanyol at the Santiago Bernabeu, with Borja Iglesias hitting the crossbar, but held on for the victory.
After an emphatic Champions League win over AS Roma on Wednesday, Lopetegui shuffled his pack for the visit of Espanyol, sixth in the table after a good start to the season.
The coach rested Gareth Bale, Marcelo and Toni Kroos, handing a debut to defender Alvaro Odriozola in place of the injured Dani Carvajal.
Real dominated possession but Espanyol were a persistent threat on the break.
"(The clean sheet) was really important for us, we don't want to let in goals," Real defender Raphael Varane said. "Espanyol played very well but we played as a team and did not concede."
The hosts took the lead four minutes before the break, when Luka Modric's pass took a triple deflection but found its way to Asensio, who steered home his first goal in La Liga this season.
The forward had to wait for VAR to prove he was onside before he could celebrate.
Espanyol forward Iglesias robbed Real captain Sergio Ramos after the break and chipped Courtois, but his effort bounced back off the crossbar.
"We're furious (about losing), we had chances to score," Iglesias said. "I saw (Courtois) off his line and shot but it hit the crossbar. Maybe next time it will go in."
Real held on despite late Espanyol pressure to take top spot before second-placed Barcelona host Girona on Sunday in a Catalan derby.
Stuttering Start
Atletico's comfortable victory at Getafe eased nerves after a stuttering start to the season during which they gathered five points from their first four games.
French winger Lemar struck the crossbar with a powerful long-range effort and the ball bounced back, hitting Soria and crossing the line, to send Atletico ahead after 14 minutes.
The visitors struggled to create openings at the Coliseum Alfonso Perez but Lemar put the finishing touch to a quick counter-attack after an hour to net his first goal since his close season move from Monaco.
Getafe winger Ivan Alejo was sent off for an apparent stamp just four minutes after coming on as a substitute, leaving Atletico to cruise to victory and climb to fifth in the table.
"I wasn't nervous at all when they started to criticise us two weeks ago, as if everything was lost and we were dead, and now we are the best in the world," said Atletico defender Juanfran.
"Our people, our fans have to know that this Atletico Madrid team will always show up, whether or not results go our way, and they are, bit by bit."
Rayo Vallecano were thrashed 5-1 by third-placed Alaves at Vallecas after Abdoulaye Ba was sent off in the first half.
Ba became the first player in Spanish football to be dismissed after VAR flagged an off-the-ball incident, with the officials deciding he elbowed Jonathan Calleri.
Villarreal earned a 3-3 draw at Real Sociedad thanks to Leo Suarez's equaliser in the final minute of stoppage time while Eibar edged Leganes 1-0.