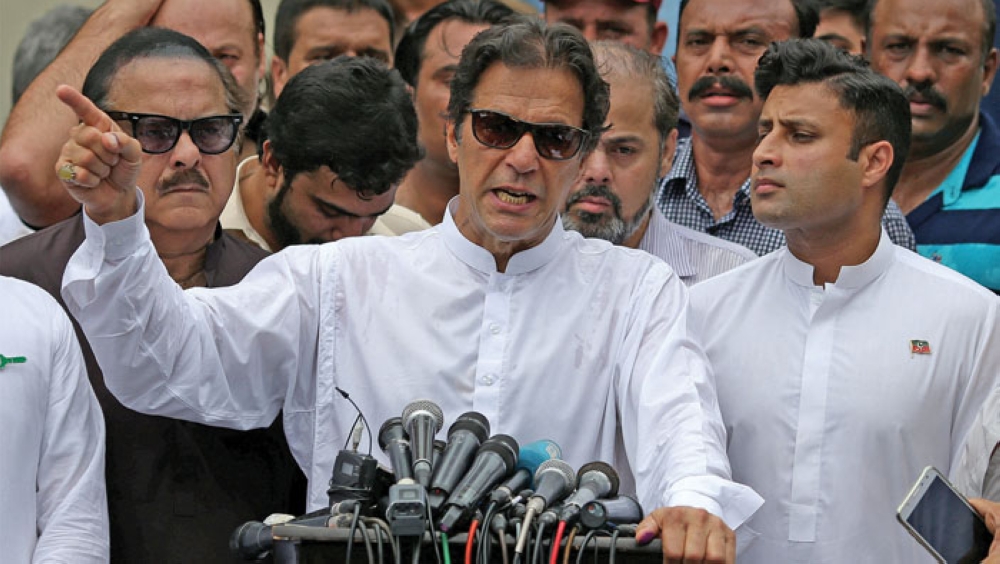 Islamabad: Pakistani Prime Minister Imran Khan labelled India arrogant on Saturday for cancelling what would have been the countries' first high-level talks in years, decrying "small men occupying big offices" who opposed change.
India on Friday called off the meeting between the nuclear-armed neighbours' foreign ministers, planned for the sidelines of the U.N. General Assembly this month.
The foreign ministry in New Delhi said its decision was to protest the killing of Indian security personnel in Kashmir and a Pakistani postage stamp it said was "glorifying" an anti-India separatist who Indian forces killed in the disputed Himalayan region last year.
Pakistan described India's reasons as excuses to enable it to avoid holding talks before national elections next year.
Khan, a former national cricket captain, followed up on Twitter.
"Disappointed at the arrogant and negative response by India to my call for resumption of the peace dialogue," Khan wrote on his official account.
"However, all my life I have come across small men occupying big offices who do not have the vision to see the larger picture."
Resumption of talks have been stalled for years over the issue of Kashmir, claimed by both countries and ruled in part by each of them. Pakistan and India have fought two of their three wars since independence from Britain in 1947 over the region.
The Indian government of Prime Minister Narendra Modi government has insisted that Pakistan act against militants in Kashmir, saying Pakistan still aids the groups from the portion of Kashmir it rules.
Pakistan denies aiding any attacks there and says it is fighting militant groups for its own security.