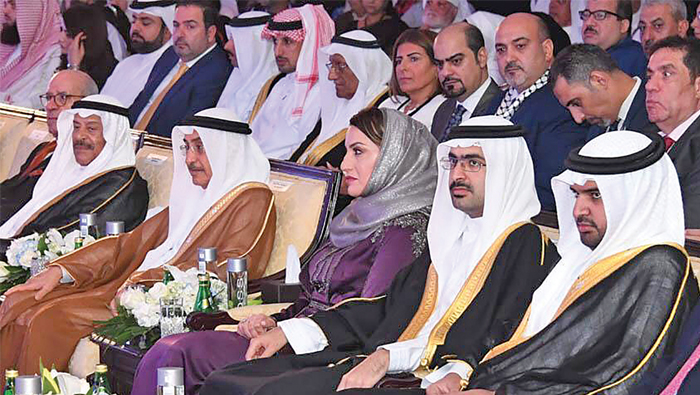 Manama: Her Highness Sayyida Dr. Mona bint Fahd Al Said, Assistant Vice Chancellor for International Cooperation, Sultan Qaboos University, received His Highness Sheikh Issa bin Ali bin Khalifa Al Khalifa Award for voluntary work in recognition to her efforts and contributions in the field of voluntary work.
During the honouring ceremony, she said that voluntary work is a humanitarian message that goes across geographical borders and identity and called for greater efforts in this regard across the world and added it was based on Islamic virtues. This was the 8th edition of His Highness Sheikh Issa bin Ali bin Khalifa Al Khalifa the Award and 14 pioneers of the Arab voluntary work were honoured.
She expressed her thanks and appreciation to the organisers of the award mainly His Highness Prince Sheikh Issa bin Ali bin Khalifa Al Khalifa the honorary president of the volunteering Award Society in friendly Kingdom of Bahrain.
She praised the initiative which created motivation for more work and developing the culture of voluntary work in different Arab Countries.
She also hailed the voluntary work in Kingdom of Bahrain which touches all society groups in Bahraini society.
She also touched upon the culture of voluntary work in the Sultanate of Oman and the great role played by different sectors and expressed her hope for finding fruitful cooperation with Kingdom of Bahrain in this field. She expressed hope that this will help Arab and International cooperation in the field of voluntary and humanitarian work.