Tennis: US Open champ Osaka eases to victory on return to action in Tokyo 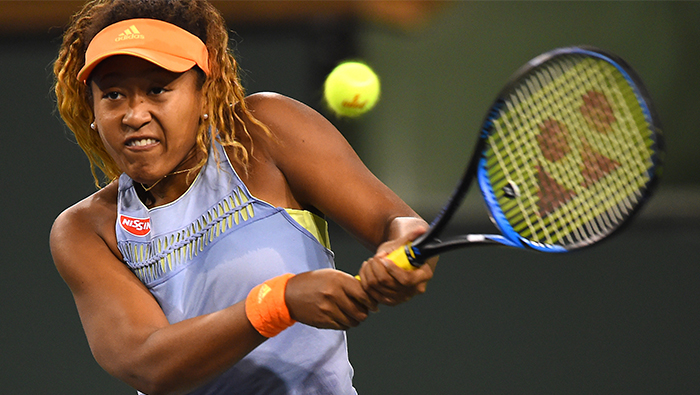 Tokyo: Japan's Naomi Osaka cruised to victory in her first match since lifting the U.S. Open title, beating Dominika Cibulkova 6-2 6-1 in the last-16 at the Pan Pacific Open in Tokyo on Wednesday.
Osaka, who stunned Serena Williams to become Japan's first grand slam singles champion earlier this month, produced another display of fearless power-hitting to put away Slovak Cibulkova in just under an hour.
The 20-year-old, cheered by the capacity home crowd, raced into a 4-0 lead in the opening set and then went on break her opponent three times in the second to ease to victory.
"It was really difficult," third-seeded Osaka said courtside. "I'm just grateful that I could play in front of you guys."
Osaka will either play Barbora Strycova of the Czech Republic or Estonia's Anett Kontaveit in the quarter-finals.
Earlier in the day, two-time Grand Slam champion Garbine Muguruza suffered a shock 6-1 6-2 defeat by American qualifier Alison Riske.
World number 75 Riske scored her third victory over a top-20 ranked opponent this year, recording 19 winners to just nine unforced errors.
In her fifth quarter-final of the season, Riske will next face fourth seed Czech Karolina Pliskova.