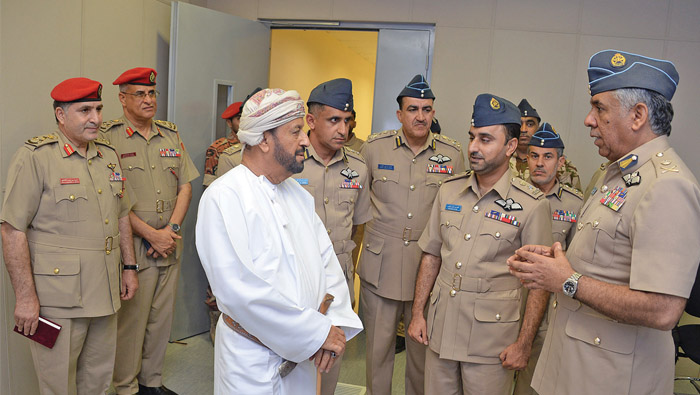 Muscat: Sayyid Badr bin Saud bin Harib Al Busaidi, Minister Responsible for Defence Affairs on Wednesday paid an inspection visit to Masirah Air Base, in which he viewed the work progress in the air base.
Sayyid Al Busaidi was briefed on the aspects of development in the base.
During the visit, he was accompanied by Air Vice Marshal Mattar bin Ali Al-Obaidani, Commander of the Royal Air Force of Oman (RAFO) and a number of senior RAFO officers.