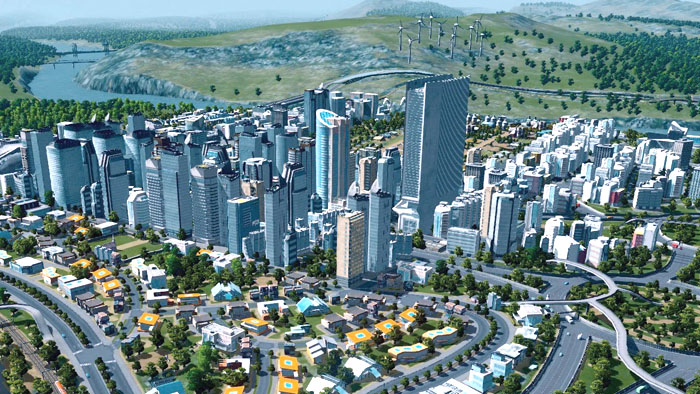 If you were given the chance to build the city of your dreams, what would you have in it? Would your city be the cleanest in the world, powered solely by the sun, the wind and the rain? Would you go the way of the Swedes and power your people’s homes with energy gained from the garbage they throw out, or imitate the Dutch, and have your people beam with pride when they see the windmills that deliver clean energy to their homes?
Is your city going to be the party capital of the world, dotted with trendy nightclubs, hip restaurants and chic hotels where the world’s elite come to dance the night away, headed to their patch of paradise on their very own cable car? Or is your town the go-to place for the sports fan, who spends his morning surfing the waves, his afternoons hosting a cookout on the beach with the fish he’s just caught, and his evenings spent cheering on his favourite team at the spanking new Juventus Stadium in the heart of your city?
Yes, you can have the Juventus Stadium in your city. You can also build Barcelona’s Camp Nou, Chelsea’s Stamford Bridge, and the Parc Des Princes, home to French club Paris Saint Germain. Anything and everything is possible in Cities Skylines, possibly one of the most advanced city building video games out now.
Built by Swedish game developers Paradox Entertainment, who specialise in games which show gamers the bigger picture, the company that gave us games such as Crusader Kings, Hearts of Iron, Age of Wonders and Europa Universalis has now entered the city-building genre, and the group is here to stay.
In Cities Skylines, players start out as the mayor of a town that needs to be built from the ground up. You’re free to select a map of your choice, which may contain varying amounts of renewable and non-renewable resources such as farmlands, forests, ore, coal, and oil, materials essential to the growth of your city.
You can initially organise your city into three specific zones. The first settlers in your city settle into residential zones that consist primarily of semi-detached homes and townhouses, whose inhabitants prefer shopping at boutique stores and corner shops. Goods in your city are made by factories, but don’t place them too close to your inhabitants: Mike’s Ready-to-Wear clothes factory can be rather polluting, and no one wants to live next to that.
You can’t really choose how many individual homes to set up or how many new factories get built — what you can do is decide how much land you want to give them. Your city gets money through taxation of your inhabitants, and the services you provide them. Build a neighbourhood with good homes, a good school, a conveniently-located police station, firehouse and hospital, as well as other public services, a park for people to walk their dogs and maybe a tennis or basketball court, and you should see land values skyrocket, making the area your people live in far more valuable, and worth a lot more than they would otherwise be. Don’t forget to provide them with clean water and sewage and garbage services, though. The last thing you want is your people fleeing in droves.
As you advance in-game and your city gets bigger, you can do away with that unsightly coal plant and replace it with a safer geothermal option, or if you’ve got the money, a snazzy solar power plant. You can designate certain areas for agribusiness and tourism zones and build sprawling amusement parks, zoos, and other avenues of entertainment to keep your people happy. Access to a university allows people to work in office blocks, and as you watch your city evolve from a humble town in the middle of nowhere to a metropolis that’s now on the map, you can’t help but smile. This is after all your baby, isn’t it?
That’s the thing Cities Skylines tells you — building a city can be really quite fun.
– [email protected]

Name: Cities Skylines
Genre: City-building
Produced by: Paradox Entertainment
What it’s about: You are the mayor of a new city, tasked with fulfilling the hopes and dreams of your people. In which direction will you lead them?
Where to buy: Steam, Microsoft Store, Paradox Plaza, Humble Bundle, G2A, Amazon Games, Nintendo
Platforms: Windows, MacOS, Linux, Xbox One, PlayStation 4, Nintendo Switch
IGN Rating: 8.5/10