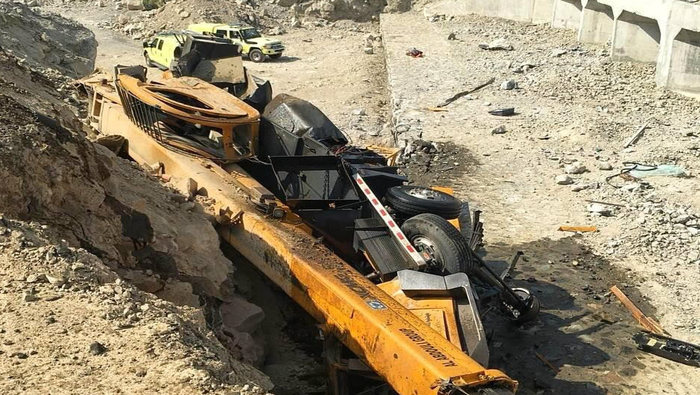 Muscat: An expat worker died after the crane he was operating fell over, the Public Authority for Civil Defence and Ambulance has announced.

The incident took place in Musandam.

According to authorities, “a rescue team from the Department of Civil Defence and Ambulance in Musandam recieved a report of a crane that turned over and fell in Wadi Bani Hamid in the wilayat of Madha.”

“The incident resulted in the dealth of the crane operator, who was an Asian expat ,” PACDA added.