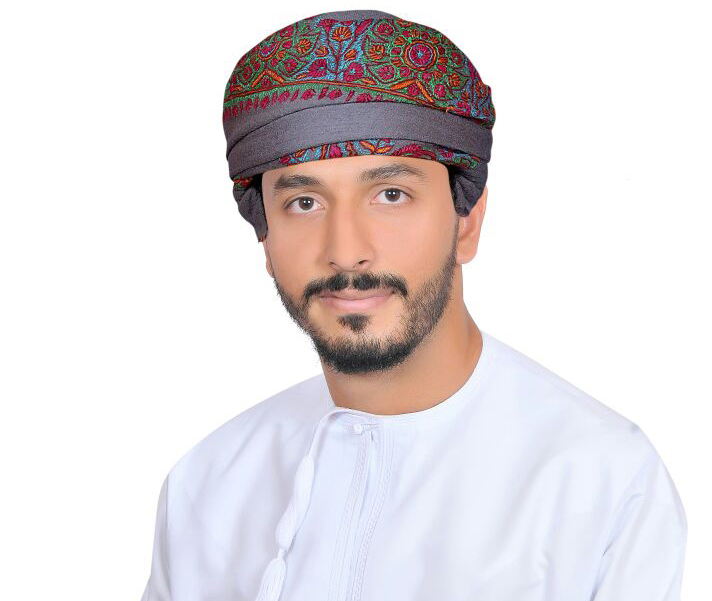 Muscat: Oman national cricket team! Any native?
A sarcastic exclamation followed by a belittling query.
For long that has been the dismissive reaction to any talk of Oman Cricket team.
However, the team’s qualification for the World T20 and their subsequent stupendous display in India has turned that negative exclamation into a positive 'wow!'
But despite that memorable debut at 2016 World T20 tournament, which included a sensational victory over Ireland in the picturesque Dharamsala, that question about natives presence refused to go away.
The curious onlookers, including the world media, spotting players of Indian and Pakistani origin and the Sri Lankan influence in the form of legendary Duleep Mendis, were still probing to find out that native flavour in the team.
Surprisingly in Oman too certain section of people took to social media with comments like ‘Oman national team without an Omani’.
Many were not ready to believe that there is one Omani player in the team, who has climbed up the ladder through his sheer dedication and determination.
And that player is Sufyan Mehmood, an all-rounder, who yearns to improve every minute or say every second.
Sufyan was in limelight when he was first seen on television playing for his country against the United Arab Emirates in the Asia Cup in Bangladesh, just a few days before the World T20 in India.
That was only his second T20 International, though he has been on many-a-sojourn with the national teams, in all age groups.
He is full of energy and he passes on his positive vibes to his team mates. The training sessions are lively with his presence and his aptitude to work hard brushes on the optimism to others.
The jubilation he exhibits whenever Oman achieves a victory is exemplary and often stands out on the frames of celebration.
Travelling and practicing with the team has given him the self-confidence to exhibit his talent whenever opportunity smiled on him.
That was evident when he was given the new ball against the United Arab Emirates in Asia Cup and in the end he was the best performer of the team with both bat and ball.
Well, Sufyan has one goal now. He wants to inspire fellow Omanis to excel in cricket.
If he and some more can do their best and why not the others?
“There is a renewed interest after watching Oman perform in recent times and I am confident that more of my countrymen will take up the sport,” said Sufyan, while opening his mind out to ========== Times Sport.
“Discipline, dedication, determination and the will to work hard is important to excel and that’s what driven me so far,” said Sufyan, who took to cricket in his backyard with strong support from his parents and brothers.
“When I started playing cricket, my goal was always to play in a World Cup and that turned true though I was not part of the playing eleven. But I know one day I will be part of the eleven,” said Sufyan, who first played competitive cricket for Sri Lankan School, Muscat, where he studied.
From there he graduated into bigger leagues by representing Under-17 and Under-19 national teams and the national camp doors opened for him.
Once in he has never looked back, even though his parents wanted him to be away from the game for sometime and concentrate on academics.
“I told my dad that I wanted to play on and wish to see Oman on the world stage,” said the 24-year-old BBM graduate, who is employed by Fairtrade LLC.
The Omani player hailed coach Duleep Mendis for a wonderful job in churning out the best from players.
“Coach’s idea of having the National Youth Development Team (NYDT) has helped in honing the skills of Omani players,” said Sufyan, who pointed out that the NYDT’s emerging A Division champions has also provided the fodder to inspire the Omani players.
“Oman Cricket board is also encouraging the youth in the best possible way and the idea of spreading the game to far flung areas like Sohar, Sur, Nizwa and Salalah will spiral the developmental programmes and I am sure more nationals will be attracted towards the game,” said Sufyan.
He also called for unity among Omani players and called for the right attitude inculcated with discipline and determination.
“I would also like to see the game making inroads in all schools. This is were the talents can be tapped at the grassroots level and honed,” he opined, hoping that his performance in Asia Cup will be an inspiring factor for many.
“I am the first Omani to take a wicket (in Asia Cup) since Oman gained official T20 status,” said a proud Sufyan, wishing that more native players follow his pursuit.
There were indeed many Omani players — like Maqbool Moosa, Ali Akbar, Amit Sampat, Qais bin Khalid Al Said and many more — who played on international stage in the past but then Oman did not have official status.
On his strengths, Sufyan said: “I am a bowling all-rounder and basically a wicket-to-wicket bowler with decent pace and variation, which I think is my strength.”
No wonder he has modelled himself like Sri Lankan cricketer Angelo Mathews, who incidentally is his role model.
Speaking about former skipper Sultan Ahmed, Sufyan sounded emotional.
“He was a great cricketer and a respected leader. He was exceptional in many ways and was inspirational to all in the team, especially upcoming players like me,” said Sufyan. “I will really miss him and also Zeeshan Siddiqui (the man instrumental in guiding Oman to World T20).”
But at the same time he said he was looking forward to play under the new captain Ajay Lalcheta in the upcoming World Cricket League Division 5.
Signing off Sufyan thanked his parents for supporting him and also his brothers, especially Wisam, for boosting his confidence.