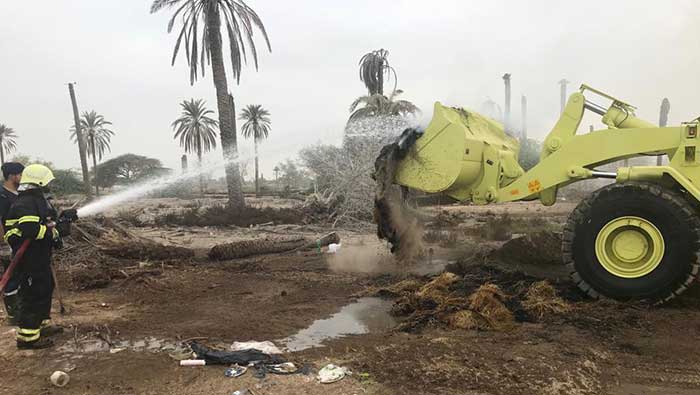 Muscat: A fire that broke out on a farm in Shinas, was controlled by the Public Authority for Civil Defense and Ambulance.
No details were revealed as to the cause of the fire, but the authorities said that it occurred in a pile of animal fodder.
In a statement online, PACDA said: "The fire and ambulance teams from the Civil Defense and Ambulance Department in North Batinah managed to extinguish a fire that broke out in a large animal fodder (pile) and a number of trees in wilayat Shinas."
Firefighters managed to contain and prevent the fire from spreading to neighbouring crops and other trees.
The authority calls on the farmers to take care and be cautious when disposing of agricultural waste, and not accumulate it in large quantities to avoid the occurrence of fire risks.