EU lays out WTO reform ideas to keep US on board 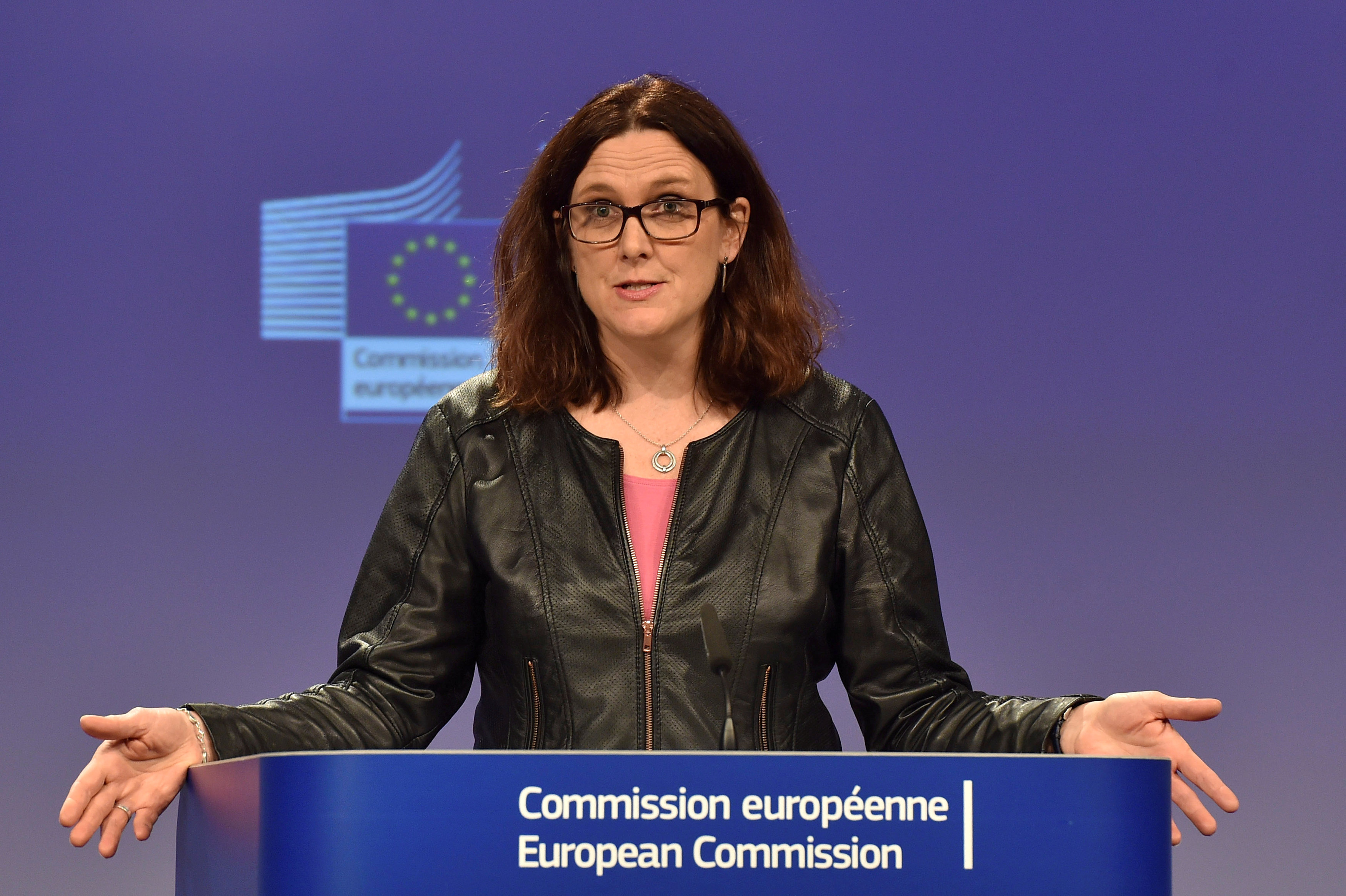 Brussels: The European Commission published its ideas on Tuesday for reforming the World Trade Organization to counter market distortions, such as in China, and to discourage the United States from pulling out of the body.
A day after US President Donald Trump escalated his trade war with China by imposing tariffs on $200 billion of Chinese imports, the European Union announced how it believes unfair trade, excessive subsidies and other problems should be tackled.
Trump said last month he could withdraw from the WTO, potentially undermining one of the foundations of the modern global economy which the United States was instrumental in creating.
"Now the WTO system is slowly grinding to a halt. It is probably in its deepest crisis ever," EU trade chief Cecilia Malmstrom told a news conference. "Key members are not supporting the system but opening unilateral measures with effects we unfortunately know too well."
The Commission proposals, discussed with the 28 EU members, seek to address US concerns almost line-by-line.
Updated global trade rules should tackle forced technology transfers and industrial subsidies, but also adapt to changes, such as the rise of e-commerce.
The WTO should be better able to monitor its members by improving transparency and giving it the power to penalise "wilful" non-compliance.
The European Union has proposals to overcome the current deadlock of the WTO dispute settlement system.
Washington has blocked appointments to the appeals chamber that settles disputes. By the end of September, the normally seven-strong chamber will have only three judges, the number required to hear each appeal.
A Commission official said the issue was threatened with a "cliff edge" in December 2019, when two judges are due to leave.
The tough US stance has prompted a flurry of diplomatic talks as WTO members try to work out how to respond. Senior trade officials met in Geneva in July and will reconvene this week, before a meeting of ministers in Ottawa next month.
The WTO works on the basis of consensus among its 164 members and, with vetoes for each, every new initiative risks becoming a bargaining chip in a bigger negotiation.
Few reform efforts have succeeded and many are stuck, including talks on cutting agricultural subsidies or liberalising trade in services.
There are also some fundamental divides that Trump has brought into the open, such as the power of WTO judges, which countries should qualify as "developing economies" deserving special treatment, and whether China trades fairly.
Malmstrom said it was also in Beijing's interest to drive WTO reform given China had benefited so much from the multilateral trading system.