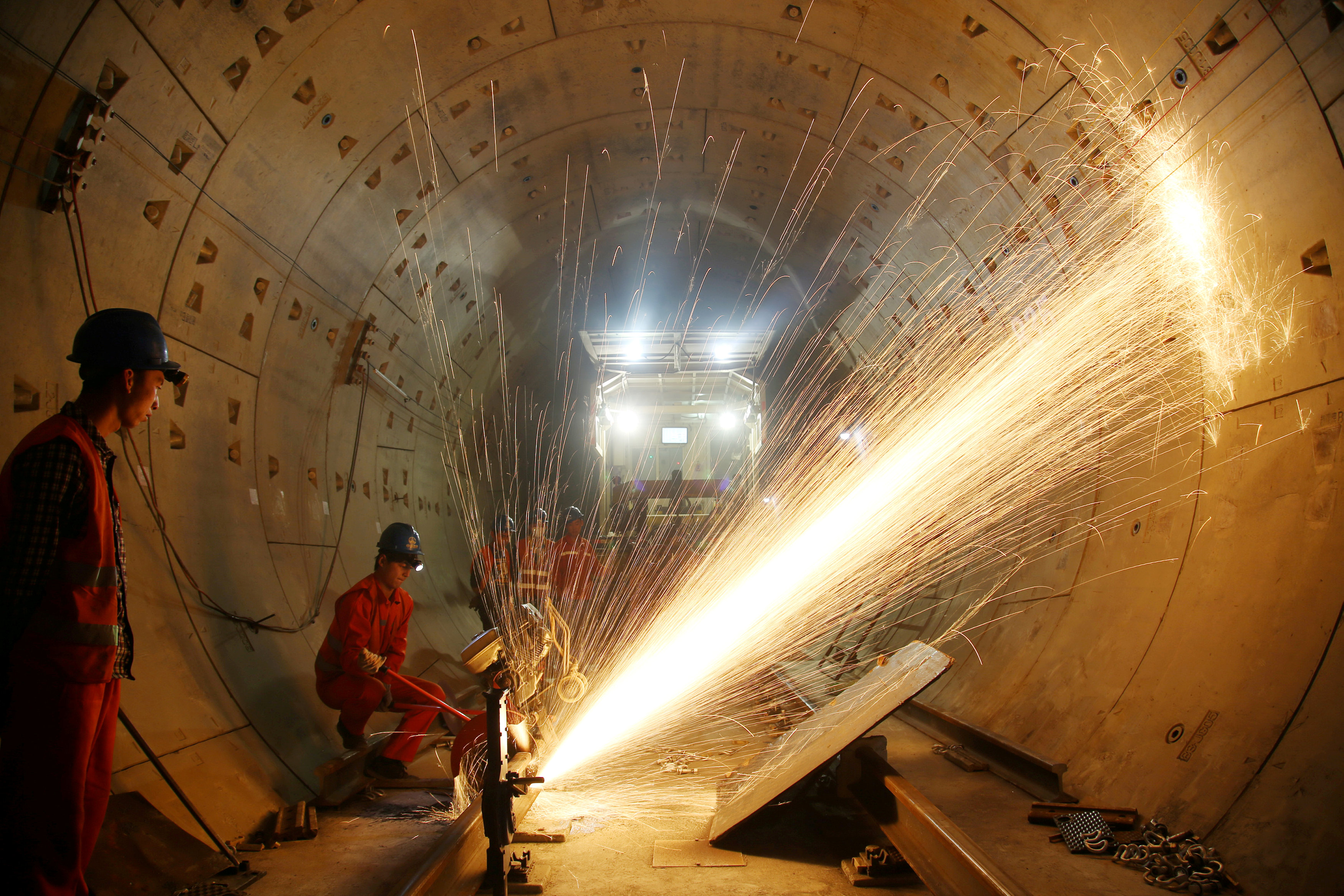 Jakarta: Confidence among Asian companies slumped to the weakest in almost three years in the third quarter as businesses feared blowback from a worsening global trade war, a Thomson Reuters/INSEAD survey showed. Representing the six-month outlook of 104 firms, the Thomson Reuters/INSEAD Asian Business Sentiment Index fell to 58 for the July-September quarter, its lowest since the fourth quarter of 2015, from 74 three months before. It was a second straight quarter-on-quarter decline for the index and the pace of the fall was the steepest recorded since the survey began in 2009. A reading above 50 indicates a positive outlook. "The fall in the index could be a strong signal of an economic slowdown," said Antonio Fatas, a Singapore-based economics professor at global business school INSEAD, adding that the survey results had historically correlated well with changes in economic growth in Asia Pacific. "We have witnessed a cyclical upturn in the world economy that had to come to an end. We see the end of the cycle in advanced economies as well as emerging markets. This survey confirms that these fears are real," he said. A global trade war was cited as the chief business risk by respondents, while the second most identified risks were a China economic slowdown and currency fluctuations. The survey was conducted from Aug. 31 through Sept. 14. US President Donald Trump escalated his trade war with China on Monday, imposing 10 per cent tariffs on about $200 billion worth of Chinese imports and warning of further tariffs if China takes retaliatory action. China responded by adding $60 billion of US products to its import tariff list. Analysts say a trade war between the world's two biggest economies may only modestly impact growth in both countries, but will have far reaching implications on others due to global value chains, especially with much of Asia depending on China for trade. Nevertheless, the subindex for China nosedived to 25 from 63, representing the lowest reading ever and its first negative outlook. Japanese companies also turned pessimistic. "Because China has become the main target for the US, there is increasing uncertainty about the Chinese economy," Fatas said. The souring Sino-US relationship has also reduced investors' risk appetite and exacerbated outflows from emerging markets, which have also been hit by rising US interest rates and fear of contagion from financial crises in Turkey and Argentina. Battered by outflows, the Indian rupee, the Indonesian rupiah and the Philippine peso have been emerging Asia's biggest currency decliners so far this year. Delhi, Jakarta and Manila have raised interest rates to support their currencies, among other measures. Despite these developments, the survey's subindexes showed firms in Indonesia and India were the most optimistic after Thailand. Some in the Philippines were losing confidence, with its subindex sliding to 61 from 94. But survey participant Metropolitan Bank and Trust Co remained upbeat, citing the government's infrastructure push and steps to contain inflation as the main reasons for the view. "Any infrastructure expenditure is good for the economy. This creates economic activity. This will help grow businesses of all sizes," Anna Dominique Cudia, from the bank's investor relations department, said in an email. In Indonesia, a perceived lower trade risk for Southeast Asia's largest economy compared to some other countries supported business confidence, said Shinta Widjaja Kamdani, deputy chairwoman of the chamber of business and commerce. "Even though we're optimistic, we are very cautious in our expansion because we factor in external risks," she said, referring to Indonesian businesses. By industry, construction and engineering was among the weakest with its subindex at 45, the lowest since 2012. Auto and real estate firms were the most pessimistic, but the number of respondents for each of those sectors was low at three companies. Firms in metals and chemicals were the most upbeat. Respondents to the survey included Oil Search, Reliance Industries, Suzuki Motor, Asahi Group, Canon, Central Plaza Hotel and Delta Electronics.