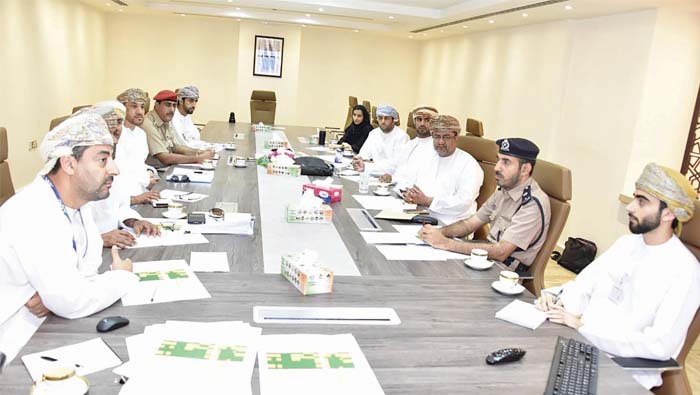 Muscat: Organised by the Public Authority for Mining (PAM), with the support and follow-up of the Implementation Support and Follow-up Unit, mining labs came out with 43 initiatives and projects, the value of which is estimated at around OMR813 million, with 99 of the contribution coming from the private sector, and 1 per cent from the Government.
The role of the Government revolves around establishing infrastructure, providing facilitations, and building the systems required to enable the sector. By 2023, it is expected that these initiatives and projects will help in raising the contribution of the sector to the GDP to three times of the current contribution, reaching OMR378 million.
It will also provide around 1,660 direct job opportunities for Omanis and raise the mining production of the Sultanate from 100 million tonnes in 2016 to 147 million tonnes by 2023.
This is in addition to recommendations that will raise the level of competitiveness in the sector by introducing mining areas system.
Upon approval, these recommendations are planned to be presented for competition between qualified investors. During the third week of the labs, which were conducted from 18 March until 26 April 2018, a committee responsible of accelerating mining projects was formed.
The committee aims at discussing the projects suggested by the labs, in addition to the applications that were previously submitted, in order to address them and accelerate the procedures in accordance with the work plan and investment value of the project. It examines projects related to metallic and non-metallic minerals, and quarry and crusher projects. Since its formation, the committee worked at an accelerated pace and reviewed the submitted projects.
But, since these projects require approvals from several entities, the Implementation Support and Follow-up Unit worked on involving a number of relevant entities namely the Public Authority for Mining, Royal Oman Police, Ministry of Defence, Ministry of Environment and Climate Affairs, Ministry of Housing, Ministry of Heritage and Culture, Ministry of Interior, Ministry of Tourism, and Ministry of Regional Municipalities and Water Resources.
The committee conducted 11 meetings, one every two weeks. During these meetings, 68 projects were discussed and 15 approved.
Moreover, 44 projects are still under process and one was rejected because it did not comply with the requirements of the permits or the committee’s standards. This is in addition to 110 applications related to mining areas, two of which were approved and the others are under process.
Moreover, the committee conducts, in coordination with all relevant entities, site visits to the sites of the investment applications. It conducted two site visits, the first to Ibri Marbles site in the Wilayat of Ibri, and the second to Daris in the Wilayat of A’Rustaq to see two mining projects in the area. During these visits, they discussed the challenges facing the projects and contacted relevant entities to find some suitable solutions.
The Implementation Support and Follow-up Unit is responsible of providing support and assistance to government entities to implement their plans and programs. It follows up the implementation of these plans as per a clear governance structure and precise performance indicators, in order to assess the performance by collecting and analyzing data, following up and evaluating key performance indicators, in coordination with relevant entities, and finding solutions to challenges facing the implementation.
This is done by following up the implementation of a number of government programs, including “the National Program for Enhancing Economic Diversification” and “Sharakah” which is an initiative of the Diwan of Royal Court, along other strategic projects.