New building for special needs kids handed over to ministry 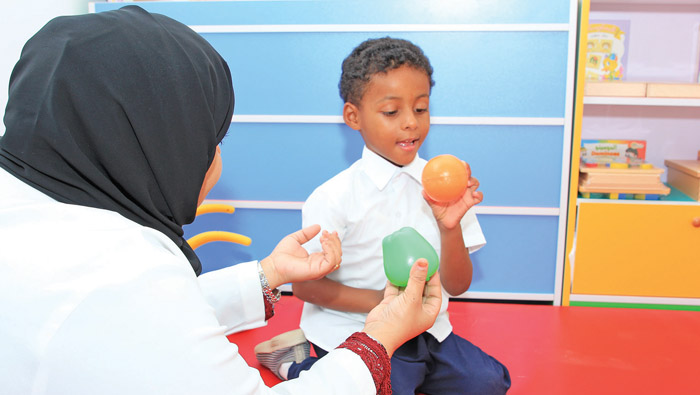 Liwa: Jusoor Foundation has recently handed over the new building housing the Al Wafa Rehabilitation Centre for Handicapped Children in Liwa to the Ministry of Social Development.
The OMR250,000 project was funded by Jusoor, as part of the social responsibility programmes of Orpic, Sohar Aluminium and Vale. The execution of this project was performed by Jusoor Foundation.
The centre was built on an area of some 1,200 square metres, and comes as part of a series of social projects carried out by Jusoor, in cooperation with the Ministry of Social Development.
The centre has begun to receive pre-enrollments for this academic year, as well as accepting a number of children with disabilities.
The centre provides many educational, cultural and mental development programmes for the care of children with special needs, aimed at rehabilitating them psychologically and physically, from the age of 12 months to 14 years old. The centre’s rehabilitation programmes include all mental disabilities, such as Down’s Syndrome, as well as mild, moderate and severe mental disabilities. It also offers physical therapy programmes to children with autism spectrum disorder, and for children with cerebral palsy.
The Al Wafa Rehabilitation Centre for Handicapped Children in Liwa is part of a series of sustainable social projects adopted by Jusoor to support the health sector and handicapped people, which will be launched this year, according to the vision of the funding companies of Orpic, Sohar Aluminium and Vale, in a bid to improve the socioeconomic development of the communities in which they operate.