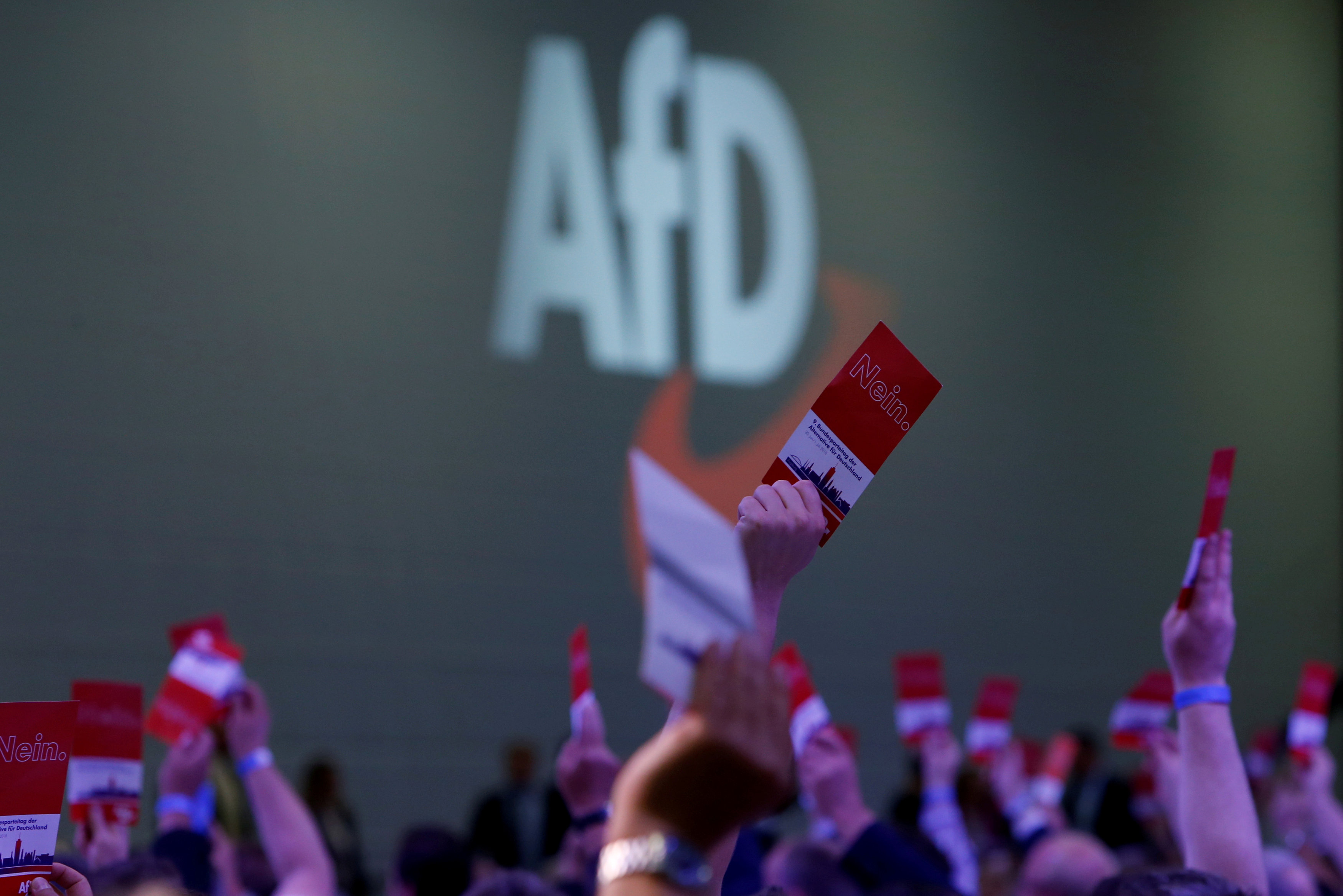 Berlin: Two regional branches of the anti-immigration far-right Alternative for Germany (AfD) have taken steps to penalise members over suspected links with militants as concern mounts that Germany's third biggest party is becoming more radical.
The AfD, the main opposition in parliament, has capitalised on voters' fears about the integration of more than 1.5 million refugees in the last three years and has blamed conservative Chancellor Angela Merkel's open-door migrant policy.
The AfD in the northern state of Lower Saxony called on three members to leave the party or face exclusion after allegations that they visited a neo-Nazi festival in Saxony to celebrate Adolf Hitler's birthday on April 20, several German media reported.
Dana Guth, head of the local parliamentary group, told Germany's dpa news agency that the three had admitted they had taken part in the rock festival in Ostritz.
No one at the AfD parliamentary group was immediately available to confirm the reports. In the western state of Rhineland-Palatinate, the party expelled one of its lawmakers, Jens Ahnemueller, from the parliamentary party for having repeated contact with right-wing extremist circles. "Despite being given warnings on a party level and an urgent warning by the parliamentary party, these contacts were continued," the AfD parliamentary group said in a statement.
Ahnemueller was quoted by German media as saying he would remain a member of the assembly but with no party affiliation.
Broadcaster SWR has reported that he had employed several security stewards who were supporters of the identitarian movement which is under surveillance by the domestic intelligence agency.