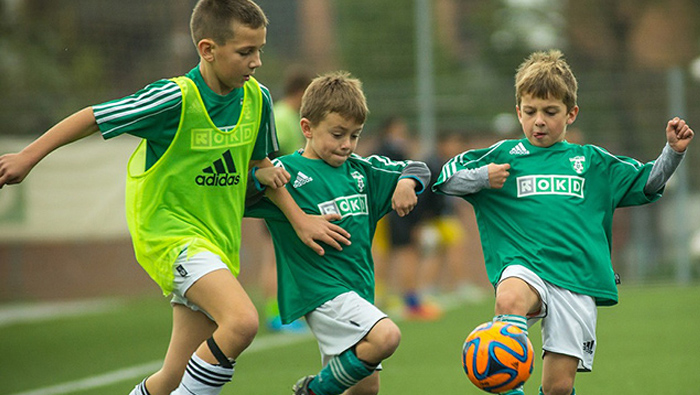 Muscat: A new youth football tournament being held in Oman will see youth teams from six different European clubs, including Arsenal, Manchester City and Inter Milan, come to the Sultanate this November.
The Oman International Youth Cup will be held from November 22-24, and will also see youth squads from Italian sides Torino, Hellas Verona and Genoa come to Muscat, in addition to a host of clubs and academies from Oman and the rest of the GCC.
The event is being jointly organised by the Oman Football Association, the Muscat Football Academy and Mwasalat, under the Tanfeedh plan for economic diversification, which under its efforts to move the country away from oil- and gas-based sources of revenue, has earmarked tourism as one of the areas for expansion.
The other zones of diversification include agriculture and fisheries, energy and mining, manufacturing, and logistics.
A total of 48 youth teams across four different age groups – under 9s, under 11s, under 13s and under 15s, will come to Oman for the tournament, with several local academies being given the chance to join their counterparts at the final tournament through a series of regional qualifying matches across the country’s 11 governorates. “All of us as coaches have dreamed of the chance to take our players abroad and play with some of the best players there are, but this is the first time something like this has come to Oman, and I think this is a very prestigious event that we will be having here,” said Chuck Martini, head coach for the Muscat Football Academy. “The aim here is to provide our children a competitive environment which will enable the development of grassroots football here in the country.”
Improving football
Speaking exclusively to the Times of Oman, Martini added: “This tournament is the result of more than two years’ worth of planning, when we first sat down with the OFA and discussed how we could improve youth football in the country. Things began to pick up pace after we went to the Mundialito youth tournament in Barcelona last March. We made a lot of friends there and some of them will be coming here to Oman to see the country first-hand.”
Martini added that there was plenty for the teams that were coming here to experience in Oman. “The Omani people are among some of the most friendly and hospitable in the world, and we want the world to see that,” he said.
“This is not just about coming here to play football. This is about showcasing Oman. It’s about showcasing the new airport, the new developments taking place here, all of the fantastic hotels that we have, and it’s about showing the natural beauty that this country is famous for.”
“Obviously, if the youth teams come here, then it means there will be more in-country spending,” explained Martini.
“People here will spend money in the restaurants, in the hotels, in the shopping-malls, so there will be an inflow of money that was not there previously. We are hoping to make this tournament an annual thing, but for now, let us focus on making this tournament a success.” The Oman International Youth Cup will be held under the supervision of the Oman Football Association.
“This tournament is great for Omani football because it is very important for us to focus on grassroots football,” said Shabib Al Hosni, assistant general secretary of the OFA.
European teams
“This is the first time that a tournament like this is being held in the country and we need to make sure it becomes a success. The opportunity for our young players to play with European teams which are known to be among the best in the world is a great one.”
Salma Al Hashmi, chief marketing officer for Oman Sail, which is also overseeing the tournament on behalf of the Tanfeedh initiative, added: “From Tanfeedh’s perspective, we studied events in terms of the impact of hotels and the net spend visitors bring to the country. There is no doubt that this was the right way to move forward, because we have a lot of young talent in Oman.”
She said: “We encourage local and regional clubs to participate so that Omani talent can be spotted by coaches from these talented teams. These are the two main factors that have helped us support this initiative both financially and operationally. What is important is that everyone who comes to the country has a good time and they receive a positive message about Oman.”