Pakistan pacer Asif ignored by all outfits in players draft 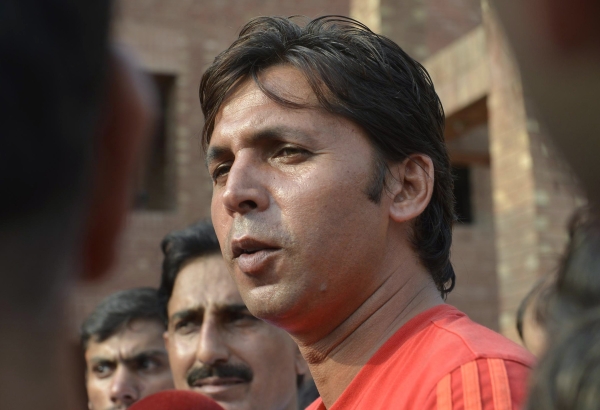 Karachi: Mohammad Asif's ambitions of making a comeback to the national team were dealt a blow on Tuesday as he was ignored by all the outfits in the players draft for the Pakistan One-day Cup starting in Faisalabad from April 19.
This is the first time that the Pakistan Cricket Board (PCB) has held a players draft for a domestic cricket competition.
The draft session was televised live on the state owned PTV sports.
The draft held in Lahore to allow captains and coaches of the five participating teams to pick their players saw Asif being rejected by all five sides - Sindh, Punjab, KPK, Baluchistan and Federal Areas.
Asif along with former Test captain Salman Butt and left- arm pacer Mohammad Aamir was banned for five years for spot fixing in early 2011 after the scandal broke out in England in September 2010 while Pakistan was touring the country.
All three completed their five year bans last September and have been allowed to play domestic cricket with Aamir also making a comeback to the Pakistan team last December. But on Tuesday while Sindh opted for Aamir and Punjab for Butt no one was willing to pick Asif who recently captained the Sialkot region in the non-first class Grade 2 patrons trophy.
"It just indicates that perhaps Asif needs to work much harder to harbour hopes of an international comeback," one of the coaches in the draft said.
Asif, 33, was ranked as a top pacer with 106 wickets in 23 Tests and another 46 one-day international wickets before the ban was imposed on him.
The PCB has for the first time allowed the captains and coaches to select the teams themselves for the Pakistan Cup instead of leaving this task to the national selection committee.
"The idea is to lift the prestige and brand of our domestic cricket events and the Pakistan Cup is a top one-day competition," a senior official of the board told PTI.
"We also organised the players draft and are paying 25,000 rupees per match fees to the players besides allowances and bonuses to improve the quality and standard of a domestic event," he said.
Misbah-ul-Haq is leading the Federal Areas team, while newly appointed national T20 captain, Sarfraz Ahmed, will captain the Sindh side and Azhar Ali the Baluchistan outfit.
Punjab is led by Shoaib Malik and KPK by veteran Younis Khan.
Flamboyant allrounder, Shahid Afridi, Mohammad Hafeez and pacer Wahab Riaz will miss the tournament due to personal commitments or fitness issues.