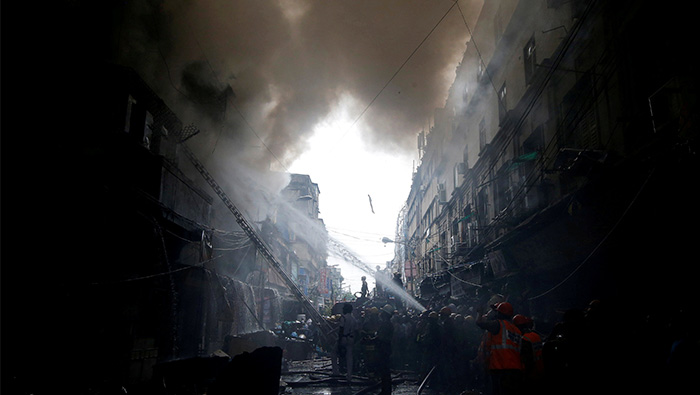 Muscat: A massive fire in one of India’s largest wholesale hubs in Kolkata — Bagri Market — gutted goods worth millions of rupees, Indian media houses reported.
The blaze erupted around 2.30 am on Sunday, on the ground floor of the multi-storey building in the congested Canning Street in Kolkata.
More than 70 firefighters have been battling the fire for over 30 hours and despite that, reports suggest that the fire is still raging on in one part of the building. Poor fire safety measures and inflammable material stashed in the five-storey building have posed a serious hindrance to the operation that have left a few firefighters injured.
No deaths were reported, but goods were turned to ashes in the market.