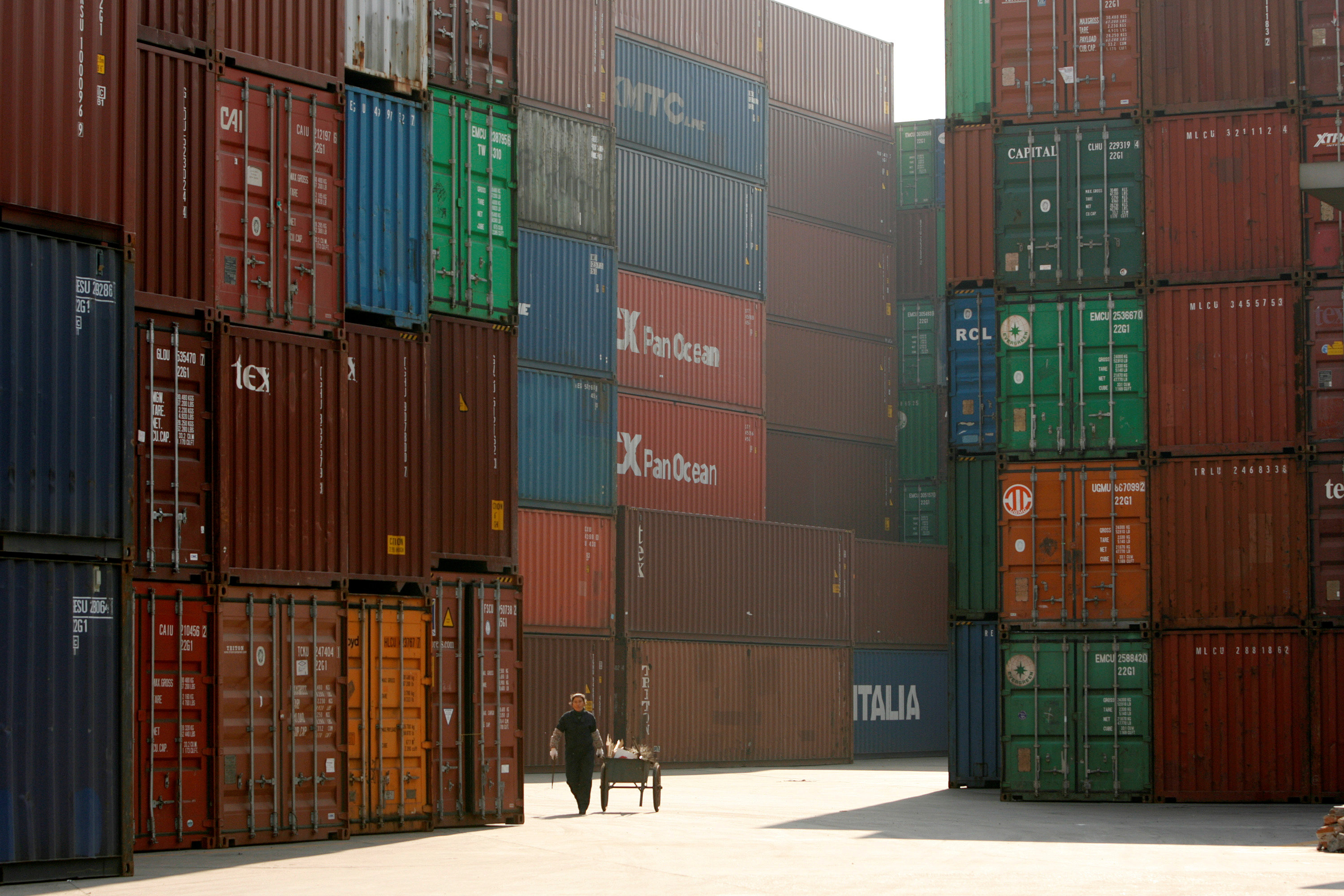 Beijing: China will not be content to only play defence in an escalating trade war with the United States, a widely read Chinese tabloid warned, as US President Donald Trump was expected to announce new tariffs on $200 billion in Chinese goods as early as Monday.
The United States and China have already levied duties on $50 billion worth of each other's goods in an intensifying row that has jolted global financial markets in the past few months.
Last week, the US Treasury Department invited senior Chinese officials, including Vice Premier Liu He, to more talks on the tariff dispute, though scepticism remained high among trade observers on both sides over the prospects of a breakthrough.
China's Foreign Ministry reiterated that the escalation of the trade conflict was not in anyone's interest.
"We have always maintained that the only correct means to resolve the trade dispute is through dialogue and consultation on an equal basis with mutual trust and respect," ministry spokesman Geng Shuang told a regular news briefing.
A senior administration official told Reuters over the weekend that Trump was likely to announce the new tariffs as early as Monday.
In early morning tweets, Trump said imposing tariffs strengthened the United States' bargaining position and that so far any cost increases on goods had been "almost unnoticeable".
"If countries will not make fair deals with us, they will be 'Tariffed!'" Trump wrote.
The Global Times, which is published by the ruling Communist Party's People's Daily, wrote in an editorial: "It is nothing new for the US to try to escalate tensions so as to exploit more gains at the negotiating table."
"We are looking forward to a more beautiful counter-attack and will keep increasing the pain felt by the US," the Chinese-language column said.
Besides retaliating with tariffs, China could also restrict export of goods, raw materials and components core to US manufacturing supply chains, former finance minister Lou Jiwei told a Beijing forum on Sunday, according to an attendee.
Lou is chairman of the National Council for Social Security Fund.
The person who attended the event and is familiar with the White House's thinking said such a move would likely attract sharp retaliation from Washington, which has studied its own limits on exporting key technologies to China.
"Lou Jiwei's approach would feed the most hawkish sentiments in the US government," the person said, declining to be identified given the sensitivity of the matter.
China is a key supplier of minor metals and rare earths used in consumer electronics and other goods.
Beijing has said it would retaliate to trade war escalation with tariffs of its own as well as qualitative measures, which it has not specified but are perceived within the US business community as likely to include increased customs and regulatory scrutiny.
Beijing may also decline to participate in the proposed trade talks with Washington later this month if the Trump administration goes ahead with the additional tariffs, the Wall Street Journal reported on Sunday, citing Chinese officials.
The Journal report quoted one senior Chinese advisory official saying China would not negotiate "with a gun pointed to its head".
China has not publicly committed to join a new round of negotiations, but in the past it has pulled back from the prospect of talks in the face of escalations in the dispute.
In April, when Trump threatened tariffs on another $100 billion of Chinese goods, then seen as a major escalation, China responded by saying it would not conduct talks "under these conditions".
The Chinese government's top diplomat, State Councillor Wang Yi, will visit New York this week for the annual United Nations General Assembly, Beijing announced on Monday.
Trump has demanded that China cut its $375 billion trade surplus with the United States, end policies aimed at acquiring U.S. technologies and intellectual property, and roll back high-tech industrial subsidies.
Repeated Chinese vows to reform what critics have argued is one of the world's most restricted markets among major economies have in recent years triggered "promise fatigue" among foreign business groups that viewed changes as piecemeal.
Trump has said he will no longer allow China to take advantage of the United States on trade, though opposition to escalating tariffs has swelled in recent weeks within US business circles.
Michigan Governor Rick Snyder, known as a moderate Republican and a former computer executive, told Reuters on a trip to China that the anxiety and uncertainty around tariffs risked limiting Chinese investment in the United States.
"If you don't know what the rules are or how it's going to operate, you are going to be fairly hesitant about making that investment," said Snyder, who was in China to promote his state's industries, including autonomous vehicle technology.
There was likely to be a "lagging effect" from US trade disputes with China, Canada and Mexico that could undercut the positive impacts of Trump's tax cuts, he said.
"I would encourage the national governments to resolve it as quickly as possible, because it's a concern for all."