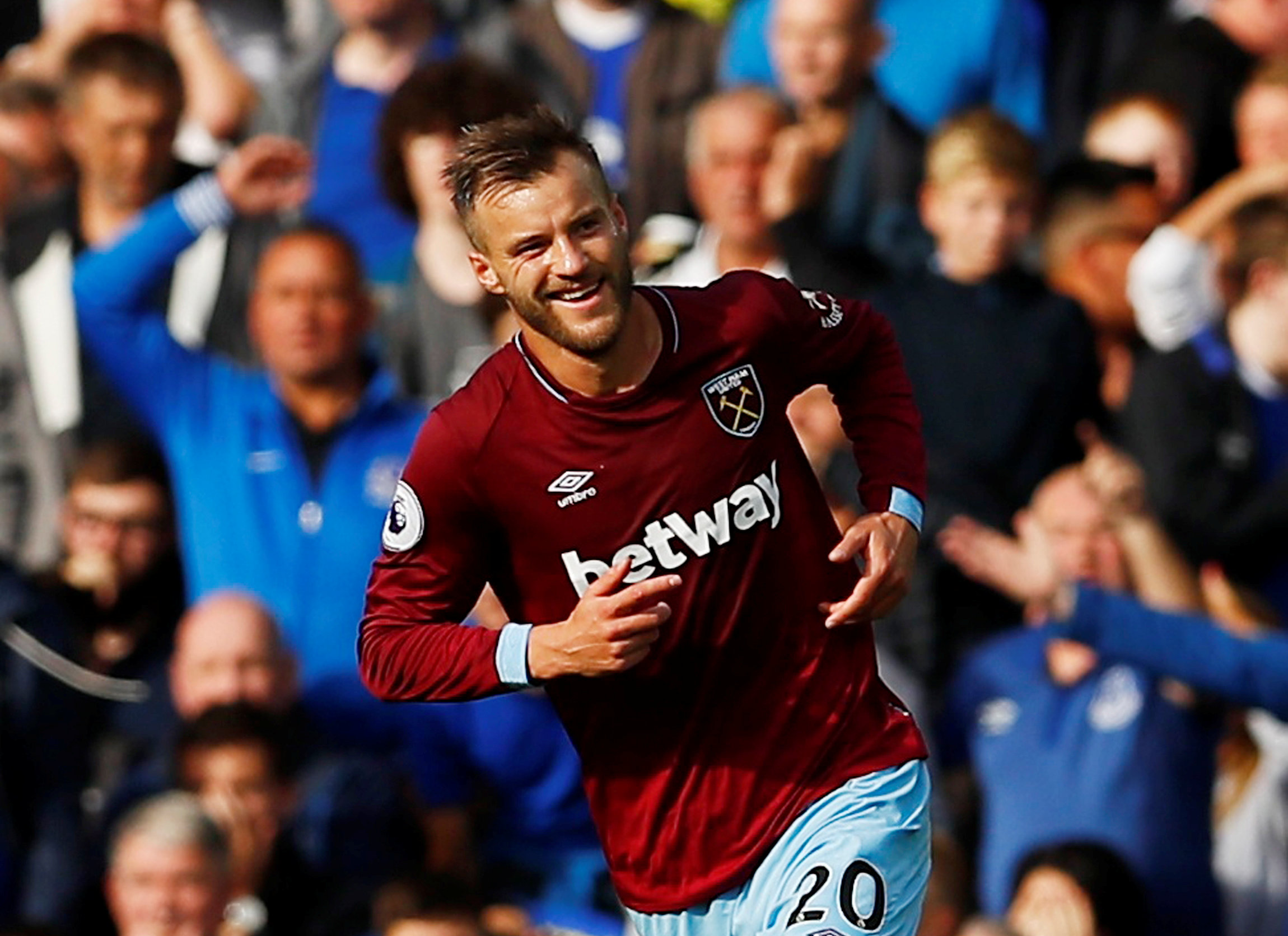 LONDON: West Ham United beat Everton 3-1 at Goodison Park on Sunday to secure their first Premier League points of the season as Marco Silva tasted defeat for the first time as Everton manager.
A much-changed West Ham side took the lead after 11 minutes following a swift counter-attack through Andriy Yarmolenko and the Ukrainian forward curled a stunning shot into the net 20 minutes later to make it two.
Gylfi Sigurdsson headed Everton back into the match on the stroke of halftime, but Marko Arnautovic's goal just after the hour mark ensured West Ham climbed off the bottom of the table and up to 16th.
Everton did not manage a shot on target in the second half as they slipped to only their third defeat by West Ham in their last 21 Premier League meetings.
"We didn't play with enough quality to win the match," Silva said. "We started well with good pace and intensity, but we made mistakes, and at that moment we didn't react well."
West Ham manager Manuel Pellegrini made six changes to the team that lost to Wolverhampton Wanderers last time out, with Yarmolenko handed his first league start.
He made an immediate impact, guiding the ball into the net after Arnautovic had controlled a difficult pass brilliantly before laying the ball across.
West Ham’s second was all down to Yarmolenko, though, as he capitalised on a poor clearance from Everton goalkeeper Jordan Pickford before curling the ball into the bottom corner.
Cenk Tosun should have done better from the edge of the box, before Sigurdsson powered his header into the net in first-half stoppage time to give Everton hope.
Arnautovic further emphasised his worth to West Ham in the 61st minute as he restored the visitors' two-goal advantage, meaning only Liverpool's Mohamed Salah has been involved - goals and assists - in more Premier League goals in 2018 than the Austrian.
"Everyone did an unbelievable job today,” Arnautovic said. "The midfield was great and then it's our job to score goals.”
Everton pushed to get back into the game and came close to doing so through Oumar Niasse, but the Senegalese striker was denied by the crossbar as Pellegrini, on his 65th birthday, finally picked up a league victory as West Ham manager.