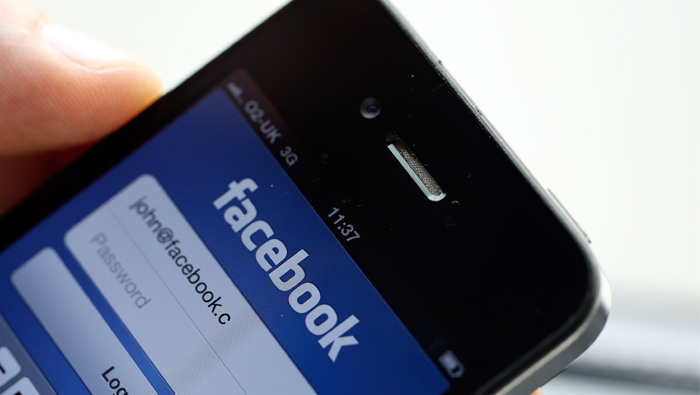 New York: Facebook has changed the way people communicate and turned private activities like family vacations into semi-public events. For its next behaviour-molding trick, Facebook is making over its Messenger app into a hub for commercial activity.
Facebook is treading carefully, but it is still at a delicate point where Messenger could be the company's next world-changing moneymaker or its biggest flop. Messenger's ranking among most downloaded United States mobile apps is number two.
Facebook in the last year or so has started to shift Messenger — which more than 900 million people use each month to exchange text messages and silly Gifs with their Facebook friends — into a way for businesses to interact with their customers. Facebook has started slowly with a handful of partners that let people use Messenger to hail an Uber car, track a package or ask a Hyatt hotel for a warm blanket hours before check-in.
Starting on Tuesday at a big company conference, Facebook is expected to detail an expansion of business activity on Messenger by opening it up to even more business uses.
It's smart to hunt for ways to replace particularly unsatisfying or annoying calls and emails to dispute a credit card charge, keep tabs on deliveries or deal with a cable TV outage. Many commercial interactions feel as if they are taking place in the last century, particularly to younger people who wouldn’t be caught dead calling a customer service hot line.
Still, both Facebook and its partners must find the right activity to prove Messenger can be more useful than phone calls or emails and to make sure the app doesn't get bogged down with spam.
There are some natural areas where business activity makes sense on Messenger. Because Messenger has a single running thread of messages with each individual or business, the app makes it easy to pick up where a previous transaction or interaction left off. It's easy to imagine a shopper ordering a skirt from Macy's using Messenger, tracking the package as it winds its way to her home, messaging Macy's again to swap her order for a different size and reconnect on Messenger a few months later when the shopper decides she wants to buy the skirt in another color.
It would also be smart for Facebook to follow the lead of Twitter, which recently allowed to individuals with customer service complaints or other issues.
While Facebook Messenger is the second-most-popular mobile app in the country behind Facebook itself, according to ComScore, Messenger hasn't been a place where business happens. Then again, neither was Facebook's social network in the beginning, but now news organisations, big companies like Ford and the local cafe have set up shop there and pay Facebook to make themselves more visible to potential customers.
There are some early signs businesses and consumers are interested in using Messenger for interactions. Davis Marcus, the executive in charge of Messenger, said more than 1 billion messages are sent each month between people and businesses on Messenger or on Facebook's pages function. Since it added Messenger as a customer service option last year, Hyatt said, the company's monthly volume of Messenger interactions increased eight to 10 times.
E-commerce company Everlane has roughly 750 customer sessions each week through Messenger, according to Zendesk, which provides the company's customer-service software. That no doubt is a fraction of Everlane's interactions by email. Hyatt also says Twitter is far more popular than Messenger as a digital customer-service tool. But it's still early, and at least in small doses these are signs that people are open to business interactions on Messenger.
Facebook hasn't said how it plans to make money from business activity on Messenger, and it likely won't this week, either. The company could sell ads for businesses to get themselves noticed on Messenger or take a cut of e-commerce sales made through Messenger, although chief executive officer Mark Zuckerberg has played down the latter idea. SunTrust estimates Messenger could generate $111 million to $1.14 billion this year. The wide range shows there's hardly consensus on how successful Facebook will be with its Messenger moneymaking strategy.
Successful blueprints already exist for person-to-business transactions on messaging apps. In China, for example, 700 million people use Tencent's WeChat to pay their taxes, split a dinner with friends, hail a cab or pay the rent. Marcus has said he's inspired by WeChat.
Messenger’s transformation into a business hub will require a wholesale change in Americans' behavior. Facebook has shown it is more than capable of molding whole populations — and reaping a windfall in the process. That increases the odds that the United States will start to look — and act — a bit more like China.
Small businesses with business profiles on Facebook are funneled to Messenger to answer questions people ask on their pages. That type of interaction may pad Messenger's business use statistics.
The US is not China, of course. The country embraced business activity on messaging apps in part because people didn't have ingrained habits from the desktop Web, and payments over apps are considered safer than banks.