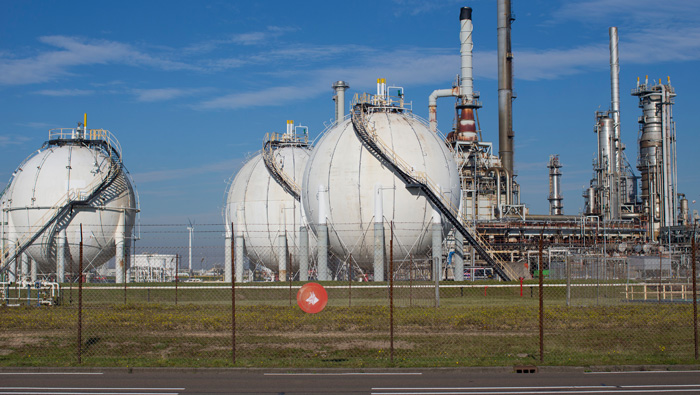 Kuwait City: Kuwait Oil Company will soon offer contracts for offshore rigs and support services to drill its first undersea wells as the Gulf nation tries to boost crude output to the highest level in more than four decades.
Kuwait is targeting production of 3.165 million barrels a day later this year or in 2017, up from the current 3 million barrels a day, chief executive officer Jamal Jaafar said on Monday at a conference in Kuwait City.
He made his comments a day after fellow Organisation of Petroleum Exporting Countries (Opec) member Iraq reported a record level of production and less than a week before some of the biggest oil-producing nations are to discuss freezing output to reduce a glut and shore up prices.
"We are trying to make use of the low cost of production in Kuwait,” said Jaafar, whose company is the exploration and production arm of national energy group Kuwait Petroleum Corporation.
Kuwait and Iraq are among members of the Opec that plan to meet other major producers on April 17 in Doha for talks about a freeze. Saudi Arabia, Russia, Venezuela and Qatar agreed in February on a proposal to cap output at January levels, though Iran has refused to participate until it restores production to pre-sanctions levels. Crude prices have tumbled more than 60 per cent over the last two years. Brent crude was 9 cents higher at $42.92 a barrel in London.
Re-balancing markets
Next week’s meeting in Doha is ‘crucial’ because an agreement by all countries to cap production will allow the oil market to recover gradually, Algeria’s state-run news agency APS reported on Monday, citing the country’s Energy Minister Salah Khebri.
Markets will be oversupplied throughout the first half of this year but will start to re-balance in the third quarter, Jaafar said.
Kuwait Oil is looking at six offshore areas to drill its first undersea wells and plans soon to offer contracts for the work, he said, without specifying dates. Kuwait, Opec’s fourth-largest member, hasn’t pumped an annual average of more than 3 million barrels a day since 1973, data shows.
Shell project
Kuwait will also start a project this year with Royal Dutch Shell to capture carbon dioxide at oil fields and re-inject it underground to produce more crude, he said. Kuwait Oil is tackling more difficult crude formations to increase production capacity, and it’s testing the injection of chemicals and polymers at fields in the northern part of the country to enhance recovery.
Crude output in Iraq, Opec’s second-biggest producer, rose 2 per cent to a record 4.55 million barrels a day last month, the country’s state-run Oil Marketing Company said on Sunday in an e-mailed statement.
Production in southern Iraq, where most of the country’s biggest fields lie, will remain unchanged this year amid cuts in investment, Ali Haddad Al Fares, head of the energy committee of the Basra regional council, said on Monday in an interview in Kuwait City. Iraq is targeting total output of 6 million barrels a day by 2020, with most of the increase to come from the Basra region, he said.