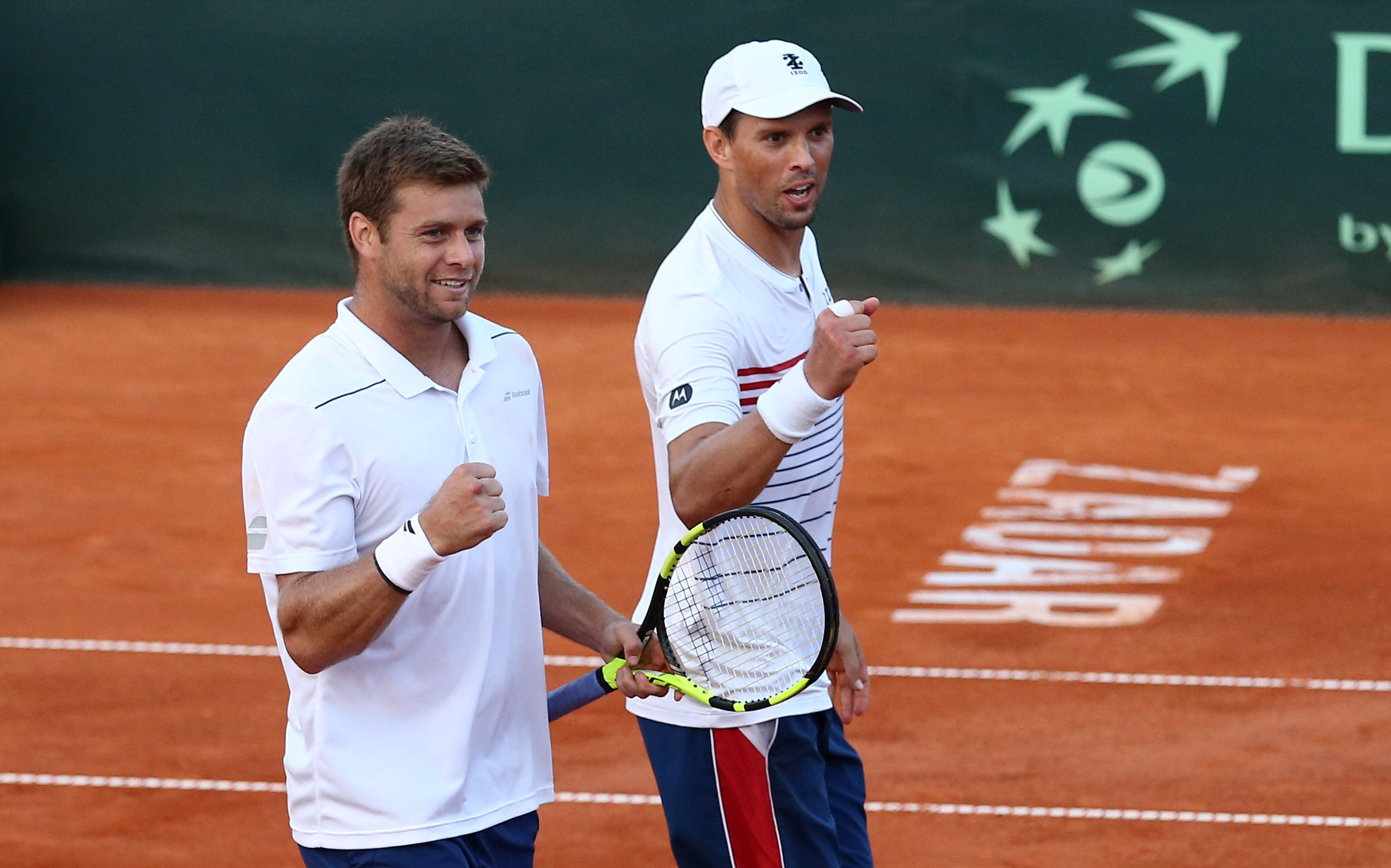 ZADAR: Mike Bryan used all his experience as the world No.1 doubles player at the age of 40 to prevail in an epic five-set rubber alongside Ryan Harrison on Saturday and help the United States cling on to their Davis Cup dream in Croatia.
The US had to win to keep their World Group semi-final tie alive in Zadar after Croatia had won the opening two singles rubbers on Friday and the 22-time Grand Slam winner Bryan, who came out of Davis Cup retirement for the tie, delivered.
He defied his 40 years over four hours 43 minutes of gruelling combat, teaming up with Harrison for a 7-5, 7-6(6), 1-6, 6-7(5), 7-6(5) victory over Ivan Dodig and Mate Pavic.
"It's great to win one for the country," said Bryan, who has had to abandon his time-honoured partnership with twin brother Bob while his sibling has been injured this season.
"7-6 in the fifth, on the road and on dirt, this is right up there and I will never forget this one."
In a dramatic contest on an outdoor clay court in the Dalmatian resort and in the teeth of a noisy home crowd, the US pair, who looked as if they might wilt as a two-set lead disappeared, finally prevailed in a fifth set tiebreak.
The win ensured the tie would go into the final day with the Croats still strong favourites to make their second final in three years as their powerful singles players Marin Cilic and Borna Coric hunt their second wins of the tie.
It took a remarkable show of resilience from the US pair to rescue the tie in a high-quality doubles featuring four players who have all won Grand Slam titles.
Dodig and Pavic actually had set points in both the first two sets -- at 5-3 in the first set and in the second set tiebreak -- only for Bryan and his 26-year-old partner to save them both before taking their two-set lead.
The Americans were also just two points from defeat at 5-6 and 15-30 down when serving to save the final set before prevailing.
Croatia's world No.6 Cilic is set to face Steve Johnson in the duel between the side's two top players but US captain Jim Courier could bring in Sam Querrey for the pivotal fourth rubber.
Then Coric, who defeated Johnson in the opening rubber, is set to tackle debutant Frances Tiafoe, who also lost to Cilic on Friday in straight sets.
In November's final, the winners will face champions France, who completed a 3-0 win over Spain in Lille on Saturday.