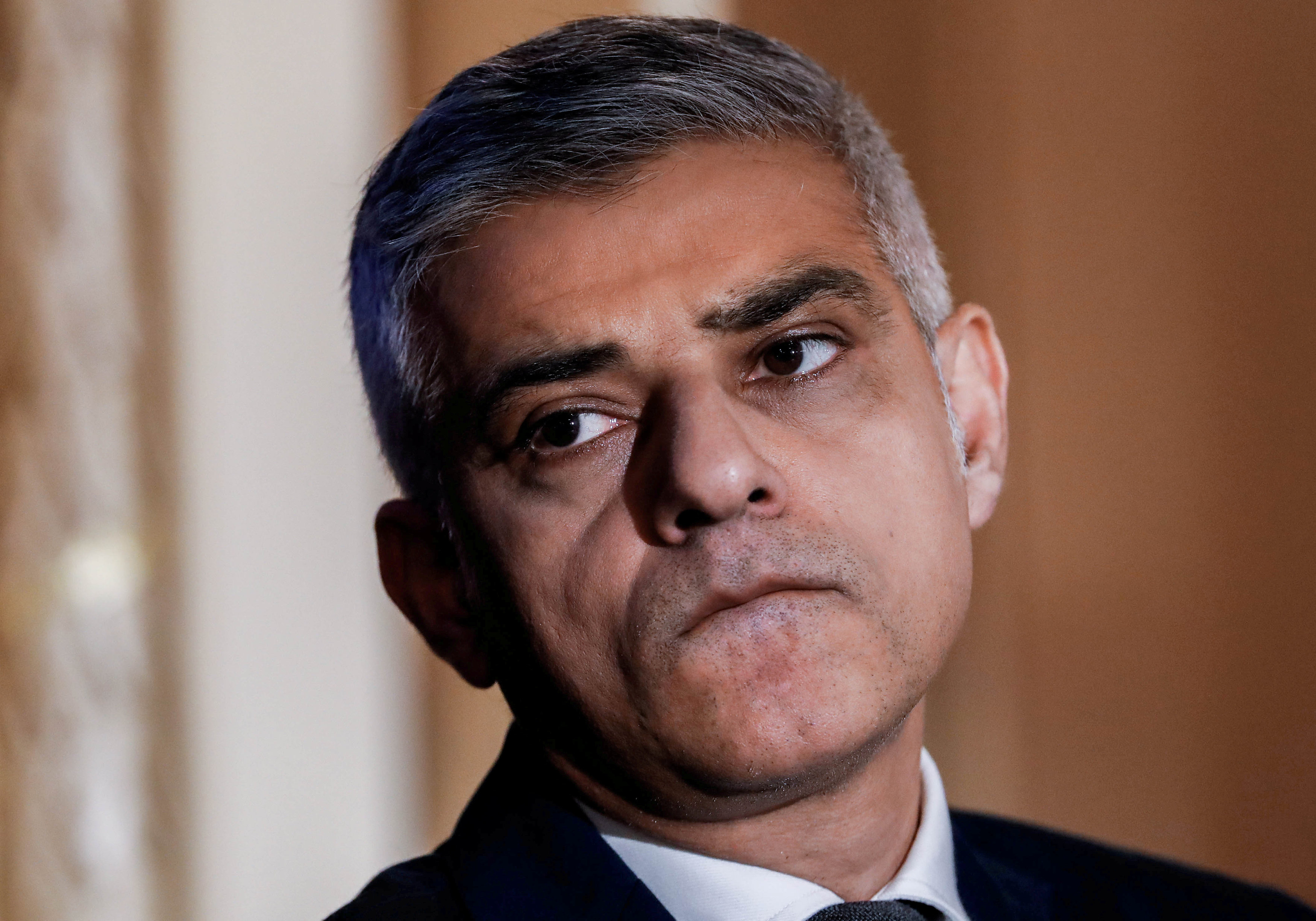 London: London mayor Sadiq Khan has called for another referendum on Britain's European Union membership, saying the prime minister's handling of Brexit negotiations had become "mired in confusion and deadlock" and was leading the country down a damaging path.
Britain is due to leave the EU on March 29. But with Prime Minister Theresa May's Brexit plans still not accepted, some lawmakers, as well as union and business leaders, are arguing for people to have a final say on any deal with Brussels.
May has repeatedly ruled out a second referendum. She says members of parliament will get to vote on whether to accept any final deal.
The backing of Khan, a member of the main opposition Labour party, for a second referendum will put more pressure on Labour leader Jeremy Corbyn to change his opposition to the idea when the party meets for its annual conference in a week's time.
A second referendum, dubbed a "people's vote" by its proponents, is not Labour party policy, although finance spokesman John McDonnell said last month that no option should be off the table.
London backed remaining in the EU in the June 2016 referendum that went in favour of leaving.
Khan said Britain was now facing either a bad deal or a no-deal Brexit, both of which were "incredibly risky".
Writing in Sunday's Observer newspaper, he blamed the government's handling of the negotiations and said the threat to living standards, the economy and jobs was too great for voters not to have a say.
"The government's abject failure - and the huge risk we face of a bad deal or a no-deal Brexit - means that giving people a fresh say is now the right - and only - approach left for our country," he said.
Labour's international trade spokesman Barry Gardiner said a second referendum would throw the Conservative government a lifeline.
"If this government cannot do what it is supposed to and govern, then we need actually to change the government," he told Sky News.
Khan said the "sensible thing" would be for the prime minister to call a general election if she did not have support for any Brexit deal.
"(But) if there's not going to be a general election, the next best thing is for the British public to have a say on the outcome of the negotiations," he told the BBC's Andrew Marr.
Environment Minister Michael Gove, a leading figure in the campaign to leave the EU more than two years ago, said Khan wanted to frustrate the vote.
"People voted clearly - 17.4 million people voted to leave the European Union - and Sadiq is essentially saying 'Stop, let's delay that whole process, let's throw it into chaos' and I think that would be a profound mistake," he told Marr.
Theresa May said on Sunday she was focused on her plan for a relationship with the EU based on a common rulebook for all goods, and that she was "a little bit irritated" by constant speculation about her position.
"This debate is not about my future; this debate is about the future of the people of the UK and the future of the United Kingdom," she said in excerpts from an interview with the BBC that will be broadcast on Monday.
"It's ensuring that we get that good deal from the European Union which is good for people in the UK, wherever they live in the UK, that's what's important for us."
But with time running out for London and Brussels to thrash out a deal, Britain is preparing plans for a no-deal Brexit.
Finance Minister Philip Hammond told senior ministers last week that Brexit could have to be delayed beyond March 29 in order to pass new laws, The Sun newspaper said on Saturday.
The idea was immediately rejected by May, the report said.