Breast cancer awareness drive to kick off in Oman 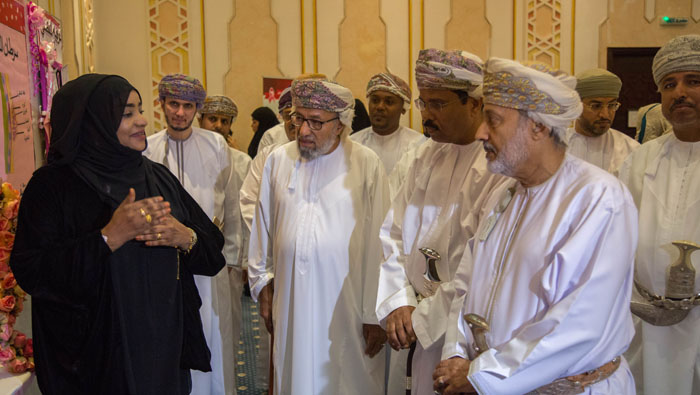 Muscat: A campaign to raise awareness over the importance of early breast cancer detection will be launched in Dhofar Governorate today. The campaign will see a mobile mammography unit, which is used to detect breast cancer, visit a number of health institutions in the governorate, as well as public spaces and malls in Salalah city, in addition to awareness lectures and the distribution of health publications related to breast cancer.
Also read: Men can suffer from breast cancer too
“The mobile unit is completely private and confidential, and we seek to provide necessary awareness over the disease and persuade women to get checked early and all the services are free of charge; breast cancer is one of the most easily detectable diseases even though the disease can be fatal,” said Sheikh Salim Al Najar, Head of the Oman Cancer Association for Dhofar branch.
Al Najar added, “We are trying to correct misconceptions about the disease and break the fear barrier in women.”
The campaign will run from September 16 to 27, and targets women aged between 40 and 69.
“The mobile unit project is equipped with medical devices, radiologists and technicians for the free screening of women starting from the age of 17 and above in order to detect early breast tumours, which include clinical tests, a sonar examination and a mammogram test for women aged 40 years and above,” said Al Najar. Early detection of breast cancer is one of the most important factors that helps determine the fate of the disease.
Dr. Khalid Al Meshaikhi, Director General of Health Services in Dhofar, said: “The latest statistics issued by the Ministry of Health indicate that breast cancer is the most prevalent form of cancer registered among women in the Sultanate, accounting for 23 per cent, and it is the fifth cause of death in the world; so this campaign seeks to raise awareness among the community over the importance of early detection.”
**media[931194]**
The campaign is being held in cooperation with the General Directorate of Health Services of Dhofar Governorate, the Department of Women’s Health, the Ministry of Health, and the Oman Cancer Association.
Breast cancer is one of the most common cancers affecting women. The early detection of breast cancer unit was introduced in primary health care institutions in Dhofar Governorate since June 2011.