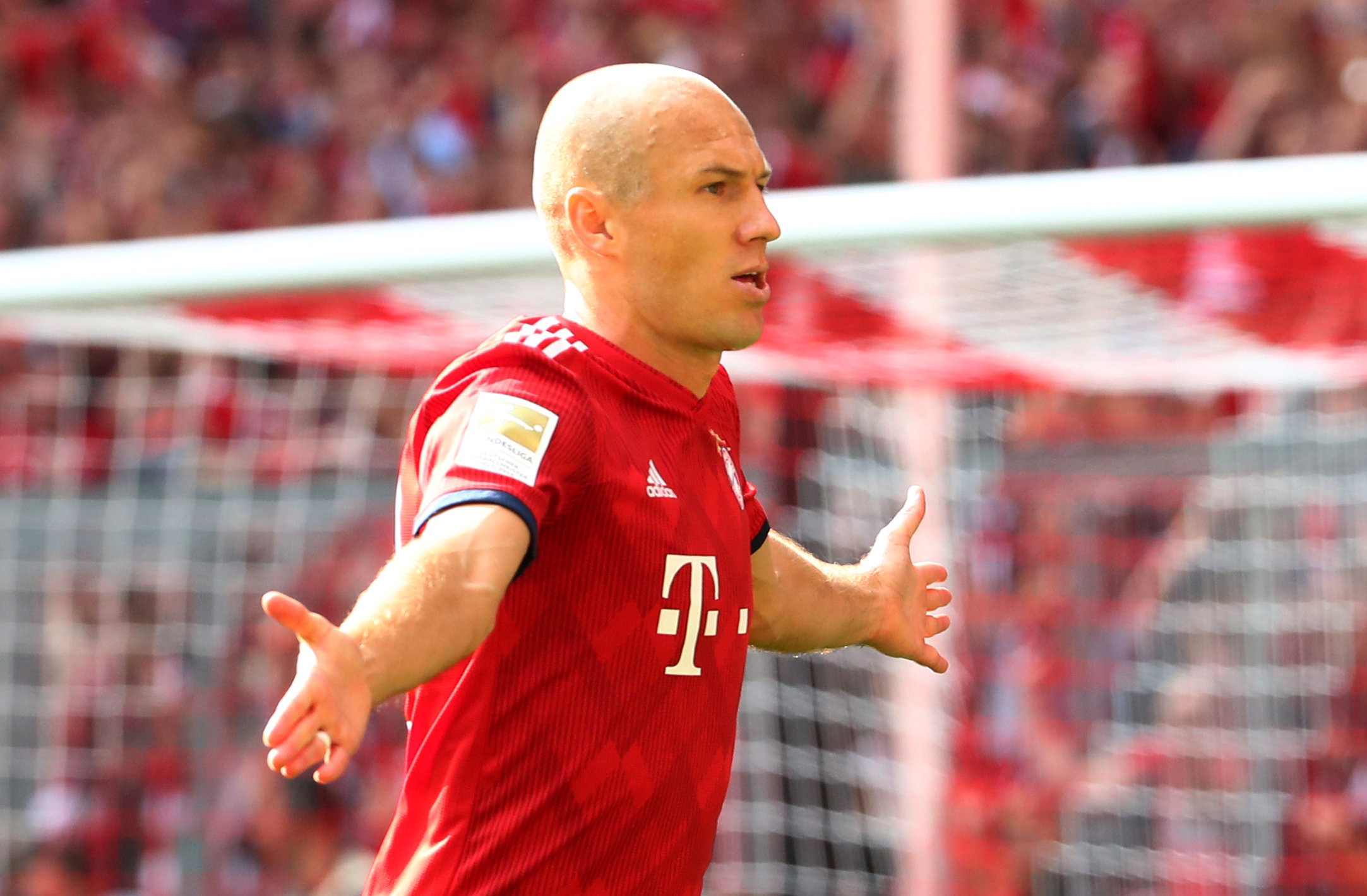 BERLIN: Bayern Munich winger Arjen Robben scored with a thumping volley to set up a 3-1 win over Bayer Leverkusen after the Bundesliga champions were rocked by an early, twice-taken penalty on Saturday.
There was a flurry of late goals in other games including two in the last 10 minutes as Fortuna Duesseldorf beat Hoffenheim 2-1, three in VfL Wolfsburg's 2-2 draw with Hertha Berlin and three more in Mainz 05's 2-1 win over Augsburg.
Bayern's win ensured that the Bavarians, aiming for a seventh successive title, were the only team on nine points after their opening three games.
Leverkusen, who arrived at the Allianz Arena with two defeats in the bag from their opening two games, were awarded a penalty after Thiago Alcantara handled in the third minute.
After waiting for nearly two minutes to take the kick because of Bayern's protests, Kevin Volland saw a weak effort saved by Manuel Neuer who then did superbly to block the same player's follow-up from point-blank range.
But Neuer's double save was in vain as the referee ordered a retake for encroachment by Jerome Boateng and, this time, Wendell took the spot kick and scored.
Bayern needed only five minutes for Corentin Tolisso to equalise and they went ahead nine minutes later when Jonathan Tah headed a clearance straight to Robben who flicked the ball up with his right foot and volleyed home with his left.
Bayern sealed the points with a late header by Colombia playmaker James Rodriguez although their win was soured by an injury to Tolisso who was taken off five minutes before halftime.
Wolfsburg and Hertha, who both won their first two games, cancelled each other out after a thrilling finish.
Javairo Dilrosun scored with an individual goal for Hertha in the 61st minute and they led until three minutes from the end when Yunus Malli equalised with a penalty.
Hertha regained the lead with an Ondrej Duda free kick in the first minute of stoppage time minute only for Wolfsburg to reply immediately through Admir Mehmedi.
There was similar drama at Mainz where Ji Dong Won gave visitors Augsburg the lead with eight minutes left before Anthony Ujah and Alexandru Maxim hit back in the last three minutes to give the hosts a 2-1 win.
That win left Mainz, who fielded a team with an average age of 23.3, with seven points from three games alongside Borussia Dortmund, Wolfsburg and Hertha.
The drama continued at Fortuna Duesseldorf where Doi Lukebakio scored in the 88th minute to give them their first win of the season, two minutes after Reiss Nelson had levelled for Hoffenheim.
Alfredo Morales had given promoted Duesseldorf a halftime lead after being allowed a free header.
Two goals from Timo Werner gave RB Leipzig a 3-2 win at home to Hannover 96 in the other afternoon kickoff.