Tennis: France back in Davis Cup final with win over Spain 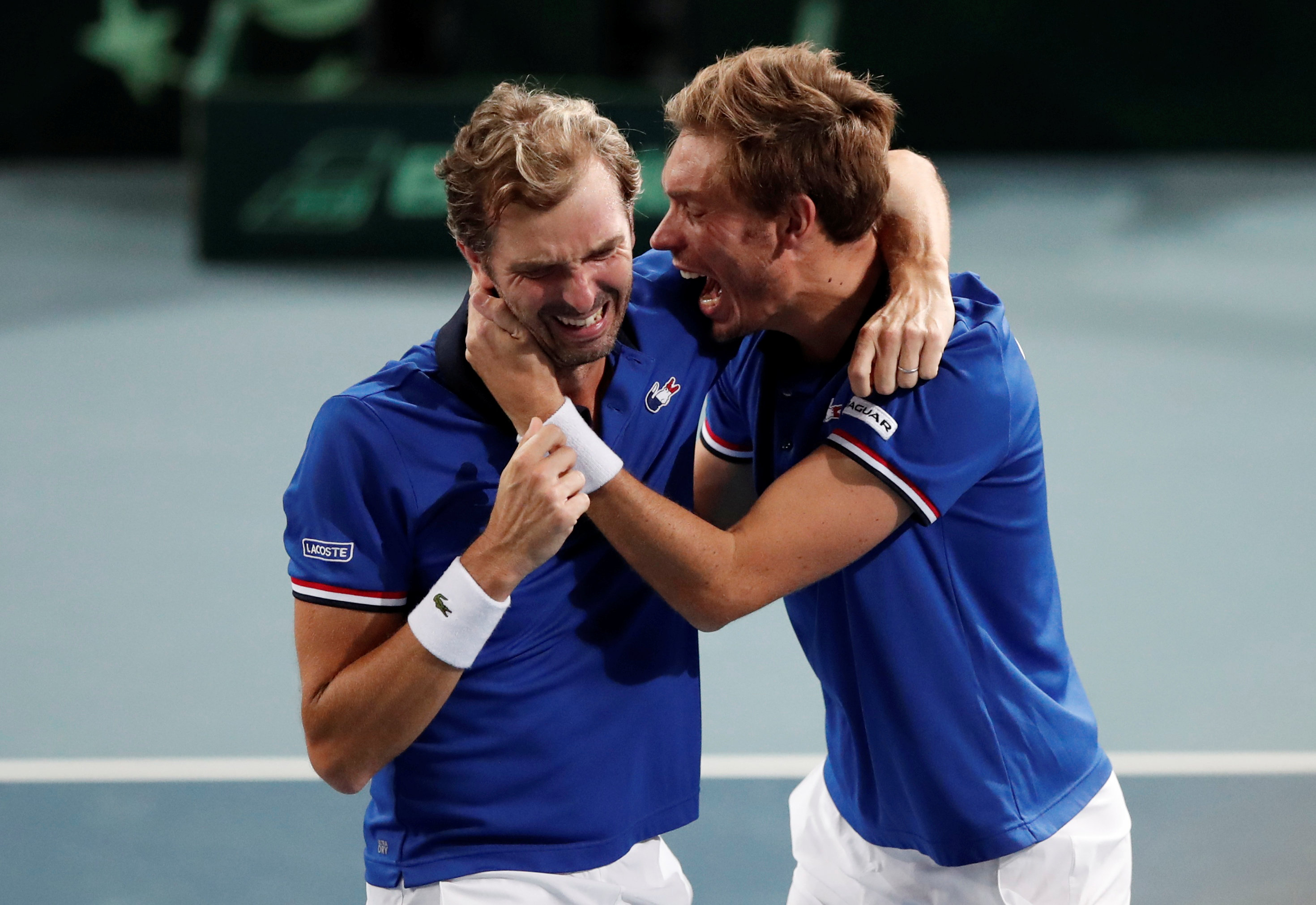 LILLE, France: Veteran pairing Julien Benneteau and Nicolas Mahut booked France's place in another Davis Cup final as they won the doubles to seal the champions' 3-0 victory over Spain in their World Group semi-final on Saturday. The two 36-year-olds defeated another experienced duo in 32-year-old Marcel Granollers and 36-year-old Feliciano Lopez 6-0 6-4 7-6(7) to wrap up the tie before Sunday's reverse singles. The victory means Yannick Noah's team now have the opportunity to win the last Davis Cup to be played in its current traditional format, taking on either Croatia or the USA in November before the 'men's World Cup of tennis' gets a major facelift next year. Following victories for Benoit Paire and Lucas Pouille in Friday's singles, Benneteau and Mahut, who won both their previous Davis Cup rubbers when teamed together, were fancied to finish the job in front of an enthusiastic home crowd at the Stade Pierre-Mauroy. The pair are on the last lap of distinguished careers, with Benneteau retiring to take over the captaincy of France's Fed Cup team next season. They began in dazzling fashion, taking the opening set in 18 minutes for the loss of just four points. They captured their one break point to seal the second and after repelling a fightback from the Spaniards, who held a 4-1 lead in the third, the French duo won on their third match point as Benneteau's brilliant backhand service return sealed the rubber and the tie in just over two hours.