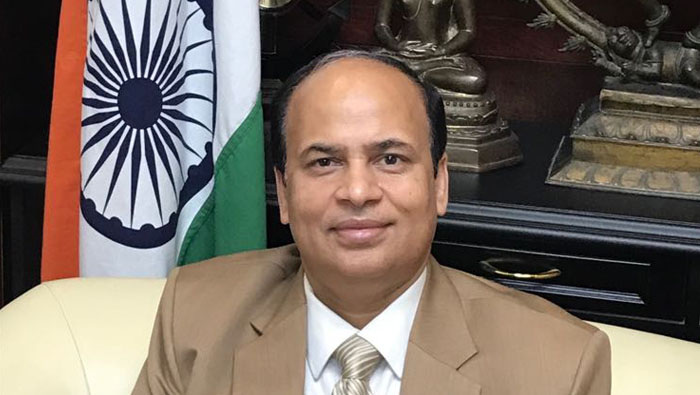 Muscat: An Indian diplomat in Oman has hailed his country’s ambitions of sending a manned flight to space by the year 2022.

On the occasion of India’s 72nd Independence Day on August 15, Indian Prime Minister Narendra Modi revealed plans to send a manned mission to space in the next three years.

“When India celebrates its 75th year of Independence in 2022, and if possible even before, an Indian son or daughter will undertake a manned space mission on board ‘Gaganyaan’, carrying the national flag,” said Modi previously.

Echoing Modi’s words, Rakesh Adlakha, the Deputy Chief of Mission of the Indian Embassy in Oman, quoted a report on India's space achievements with regards to the strides his nation had made in that field

“India’s eminence in the field of space technology and application is well known,” said Adlakha, referring to that report. “India’s success story in space technology seems to defy gravity, considering Indian Space Research Organisation’s (ISRO) string of spectacular achievements. The achievements of India’s Space Mission, since the inception of the ISRO in 1969, have been nothing short of stellar.”

“From sending sounding rockets in the 1960s to the unmanned Moon Mission in 2008 and the successful Mars Orbiter Mission in 2013 at a record low cost, India has made quantum leaps in building launch rockets—pillars of a successful space programme and satellites,” he added.

“The Indian space programme entered an exciting phase in 2008, when an unmanned mission to the moon was launched,” recalled Adlakha. “When ‘Chandrayaan-I’ lifted, it created history by becoming the first lunar mission to discover the existence of water on the moon, helping nearly settle a decades-long debate. The success of ‘Chandrayaan-l’ encouraged space scientists to push deeper into space, sending the first mission to Mars.”

“The Mars Orbiter Mission (MOM), India’s first interplanetary mission, was launched on November 5, 2013,” he added. “ISRO became the fourth space agency to reach Mars, after the Soviet space programme, NASA, and the European Space Agency. When ISRO’s space probe entered the orbit of Mars on September 24, 2014, India became the first Asian nation to reach the Mars orbit, and the first nation in the world to do so in its first attempt.”

“Today, if you look at people such as Google CEO Sundar Pichai and Microsoft CEO Satya Nadella, it shows you the value of the Indian education system,” he said. “This is in large part due to the emphasis on quality education that is placed in the system. I know some people say that the subject matter is too dense or too heavy, but if you look at the success stories, you can see the value of the education system.”

“The Indian Institutes of Technology that were set up by our first Prime Minister Jawaharlal Nehru, as well as the other universities were set up to make India a global player in world affairs and we are seeing that today,” added Rao.