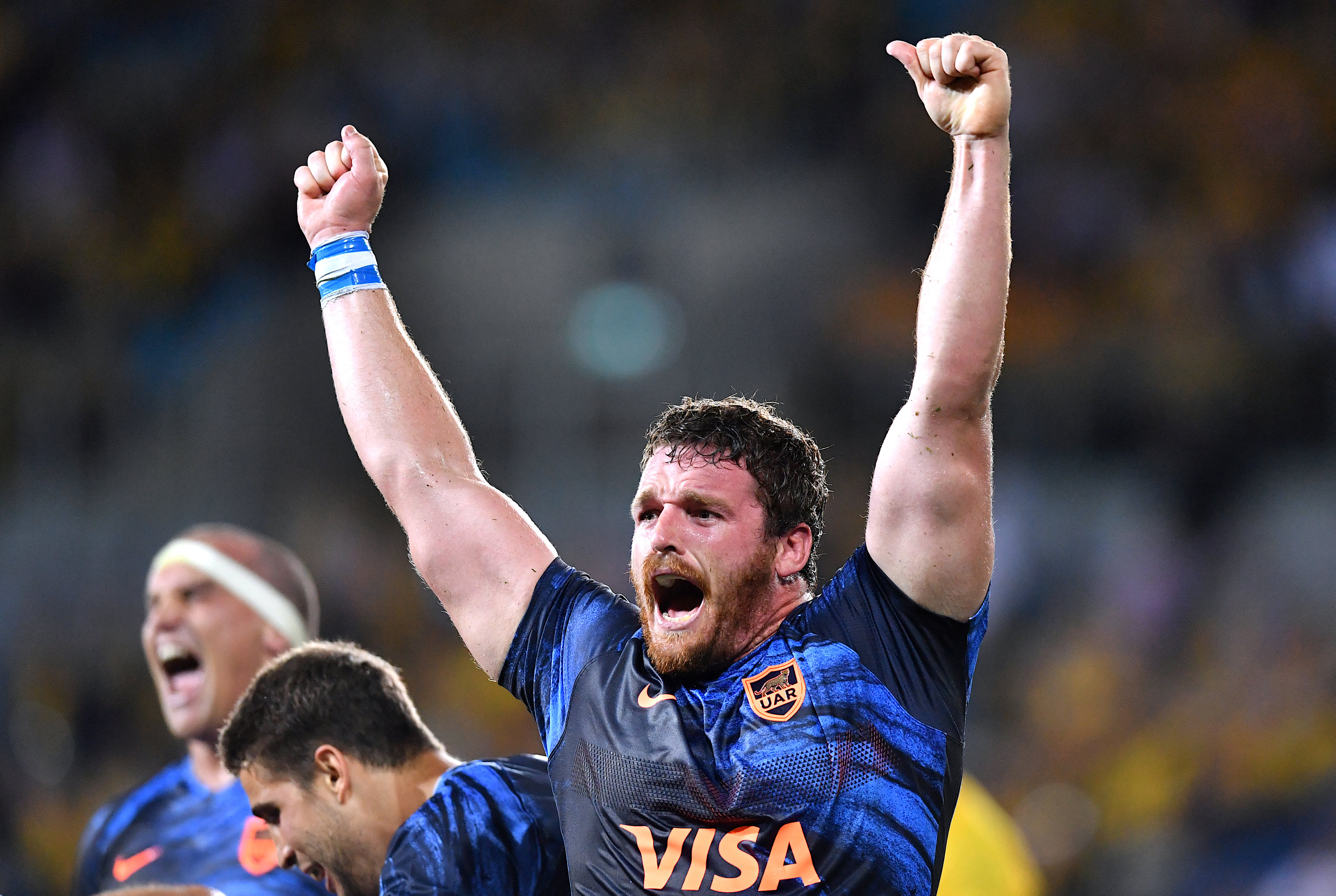 SYDNEY: Argentina beat the Wallabies in Australia for the first time since 1983 with a 23-19 victory on the Gold Coast on Saturday that gave them two Rugby Championship wins in one season for the first time.
Nicolas Sanchez and Bautista Delguy scored tries before halftime and fullback Emiliano Boffelli landed two monster long-range penalties to break a 35-year drought on Australian soil and add to the home victory over South Africa last month.
Australia pressed for victory in the closing seconds but Israel Folau knocked on when he went for the try with a man free outside him and the Pumas were left to celebrate a famous victory.
"We are really happy with this win, it's really important to us and for our history," said Pumas skipper Agustin Creevy.
"We're happy and we need to continue. We knew the pitch was going to be fast and we came here mentally prepared to run the ball. That was the key to this match."
Will Genia, Folau and Dane Haylett-Petty scored tries for the Wallabies but they slumped to a fifth defeat in seven tests this season in front of a crowd of just over 16,000 at the Robina Stadium.
"That's a tough one to take," said Australia captain David Pocock.
"Credit to Argentina, they played a smart game and put pressure on us. We missed a lot of opportunities and we'll be filthy with that."
New Zealand lead the standings with 16 points despite their stunning loss to second-placed South Africa (10) in Wellington earlier on Saturday, with Argentina third (8) and Australia (5) bottom.
Boffelli opened the scoring with his first long-range penalty but Australia were soon rewarded for their willingness to go wide when Reece Hodge fired an inside pass from the wing for Genia to score.
The Pumas hit back almost immediately, however, with centre Jeronimo de la Fuente flipping the ball up from the tackle close to the line and Sanchez's line of running making him unstoppable from such close range.
The flyhalf converted his own try to give the visitors a 10-7 lead after 15 minutes but Folau, returning on the wing after missing two matches with injury, soon put his mark on the game.
The former rugby league international cut through the defensive line on the 22 and danced past a handful of potential tacklers before touching down in the corner for his 33rd test try.
Argentina have plenty of backline talent of their own these days, however, and it was on full display in the last 20 minutes of the half.
A Sanchez try was called back after a television replay showed the boot of Ramiro Moyano had grazed the touchline during a mazy run but five minutes later the other winger, Delguy, finished with style after a rampaging run from flanker Pablo Matera.
That gave the Pumas a 17-14 lead at the break and even though the TMO chalked off a try from Boffelli for a forward pass just after the restart, Sanchez soon kicked his first penalty to extend the lead.
Australia hit back after 55 minutes when a magnificent cutout pass from Genia got the backline moving and gave fullback Haylett-Petty the space to touch down in the corner.
Replacement flyhalf Bernard Foley missed the conversion, however, leaving Argentina with a one-point advantage until Boffelli landed his second bomb in the 77th minute to set up a dramatic finale.