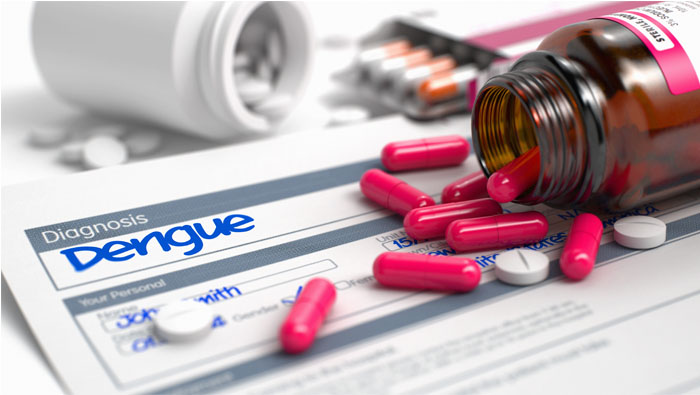 Muscat: Six more patients who were diagnosed with dengue fever in Oman have recovered, a top official at the Ministry of Health has confirmed.
The total number of patients diagnosed with dengue fever now stands at 10 cases since the spread of the dengue-causing mosquitoes (Aedes aegypti) was discovered over the past two weeks in the wilayats of Seeb and Bausher.
The Ministry of Health, in collaboration with Muscat Municipality, has now moved to fumigate the areas that have reported the presence of the mosquito, and have warned that failure to comply with the health teams’ actions to keep the population safe could result in severe fines.
Eight of the patients were Omanis, while two were of other nationalities, while three Omanis and one expat were found to have previously contracted the disease—spread by the Aedes aegypti mosquito— in the wilayat of Seeb. Speaking to the Times of Oman, Abdullah Al Sharji, head of port health at the Ministry of Health, said, “Six cases had been reported in various parts of Muscat and they all recovered and were discharged from government hospitals.”
Al Sharji, who is part of the probe team, added, “The team is surveying Muttrah, Wadi Kabir, Darsait, Eint, Al Fahal, Sultan Qaboos Port, Hamriya, Tiwyan, Ruwi, Bait Al Falaj and Sidab.”
“After completing the surveying of dengue-causing mosquitoes, samples will be sent to the laboratory for further examination before covering more areas,” added Al Sharji.
The Ministry of Health, in cooperation with the Municipality of Muscat, announced the continuation of the probe into the presence of the Aedes aegypti mosquitoes in certain areas in Muscat Governorate since last week.
A spokesman from Muscat Municipality said, “Owners of multi-storey buildings that are not complying with cleaning, pest control and proper disposal will be slapped with a fine of OMR300. They are given a period of three days to pay the fine. In case of repetition, the fine is doubled.”
“Also, in the case of leakage of sewage, or failure to maintain drainage lines from the commercial, residential, commercial, industrial and tourist buildings, owners will be fined OMR1,000 and in case of a repetition, the fine will be OMR3,000,” he added.
“While praising the cooperation of the community, the Muscat Municipality emphasised at the same time the role of the society and the need to stop providing an environment for the breeding of the insect,” he said. “There are also a number of practices that increase the spread of pests, including raising livestock inside residential houses, in addition to using of untreated sewage for irrigation, the leakage of sewage on roads and hoods, dumping of agricultural wastes and throwing garbage in unallocated places.”
This is in keeping with administrative decision No (55/2017), which stipulates the determination of administrative sanctions on the harmful violations of the environment and the fines resulting from them.
The search comes after the Ministry of Health announced that a case of dengue was recorded in the Sultanate. The field investigation began on Thursday and the ministry divided the Wilayat of Seeb into blocks. According to the ministry’s statement, the aedes aegypti mosquito transmits dengue, yellow fever, the Zika virus, and other harmful diseases.
The ministry has advised the public on ways they can avoid mosquito bites, such as wearing long-sleeved, body-covering clothes, using mosquito-repelling ointments on exposed parts of the body, closing windows with a mesh to protect themselves against mosquitoes, and spraying households with insecticides.
The ministry also advised the public on ways to eliminate mosquito breeding, such as discarding water that is stored every five days and cleaning tanks, disposing of water collected from air conditioners and changing the water of fans and other places where water gets accumulated. People should also change the water in animal and bird drinking containers and clean bowls before refilling them every five days, cover water reservoirs, dispose of used tyres, and ensure the disposal of empty dye cans and damaged utensils.
Meanwhile, Muscat Municipality along with the Ministry of Health continues to implement many preventive efforts and programmes that deal with controlling the spread of mosquitoes in Seeb and Bousher.
Ismail bin Masoud Al Rashdi, head of the pest control department at Muscat Municipality, said: “The two sides continue to intensify their efforts in the work of programmes and strategic plans based on various studies, to survey all sites in the wilayats of Seeb and Bousher.”
“The pest control department focused on working extensively on a comprehensive spraying system to cover more than one kilometre of the site from all directions. The control operations continued for all areas where the insect was spotted,” he added.
Several smoke spraying and pesticide mechanisms, which were approved by the WHO, as well as silicate oil (Aquatine), were used to curb and get rid of the mosquitoes.