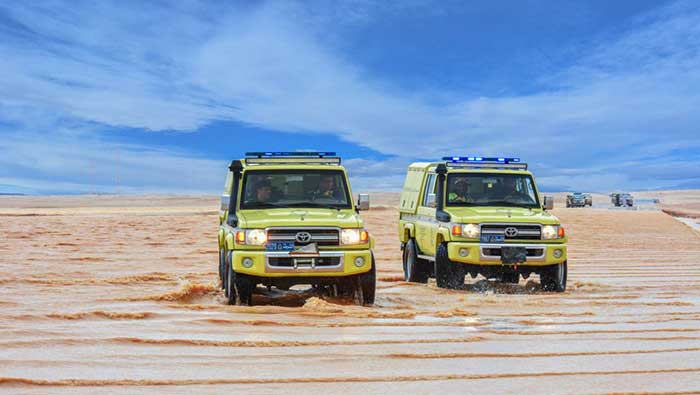 Muscat: Other Gulf Cooperation Council (GCC) nations should prepare their citizens and residents for natural disasters that may come their way, as Oman did in the recent simulated tsunami evacuation drill it conducted, the GCC's Secretariat Council has said.
"The General Secretariat of the Cooperation Council for the Arab States of the Gulf congratulates the Sultanate of Oman, represented by the Public Authority for Civil Aviation and the National Civil Defence Committee in all its sectors, on the success of the regional exercise IO Wave 18 to address the dangers of tsunamis, which was carried out on Tuesday, September 4, 2018," council officials said.
"This confirmed the readiness and readiness of the Sultanate to deal with any tsunami warnings," they added. "The Secretariat also emphasises the importance of implementing such field exercises to raise awareness among all segments of society, especially those living close to coasts exposed to such natural hazards."
IO Wave 18 was a multi-national emergency preparedness exercise which saw Indian Ocean nations organise drills to keep the inhabitants of their countries aware of the protocols that needed to be followed in such situations.
In Oman, the drill was held near Al Sawadi, and organised by the Sultanate’s National Defence Committee in collaboration with the Royal Oman Police and Public Authority for Civil Defence and Ambulance.
Oman is one of the six members of the Gulf Cooperation Council, the other five nations being the United Arab Emirates, Bahrain, Kuwait, Saudi Arabia and Qatar.