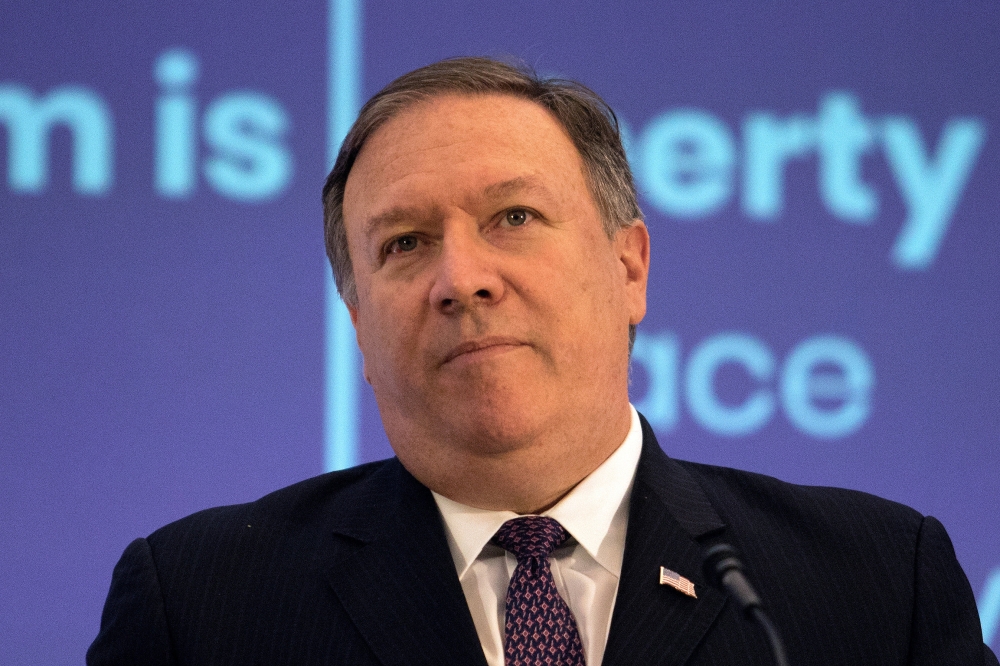 Islamabad: U.S. Secretary of State Mike Pompeo landed in Pakistan on Wednesday for a brief visit on his whistle-stop tour of the region, with the war in Afghanistan and the issue of militants once again set to dominate discussions with Pakistan.
Pompeo is next due to visit India, the main stop of his South Asia tour, where he is expected to pile pressure on New Delhi over its purchases of Iranian oil and Russian missile systems in talks with senior Indian officials.
In Pakistan, Pompeo will meet new premier Imran Khan and the army chief, Qamar Javed Bajwa, against a backdrop of tense ties and U.S. military aid cuts over Islamabad's alleged reluctance to crack down on militants.
Relations between uneasy allies United States and Pakistan have frayed in recent years, with Washington accusing Islamabad of turning a blind eye or helping Afghan Taliban and Haqqani network militants who stage attacks in Afghanistan. Pakistan denies doing so.
A Reuters reporter saw Pompeo's plane land at Islamabad airport just before 1 p.m. (0800 GMT).
Pakistan's new foreign minister, Shah Mehmood Qureshi, said he would "have exchanges" with Pompeo over Washington's cancellation of a $300-million disbursement for the Pakistani military.
Taking a tougher line with an ally that U.S. President Donald Trump considers unreliable, the United States halted the disbursement of Coalition Support Funds due to Islamabad's perceived failure to take decisive action against Afghan Taliban militants operating from Pakistani soil.
The United States has withheld $800 million this year, cuts Pakistan says are unwarranted as it incurs expenses in fighting militants who pose a danger to U.S. troops in Afghanistan.
Pompeo is also expected to discuss Pakistan's possible plans to seek a bailout from the International Monetary Fund (IMF) to ease currency pressures and avert an economic crisis.
In July, Pompeo said there was "no rationale" for the IMF to give money to Pakistan that would then be used to pay off Chinese loans, comments that further rattled Islamabad.
Pompeo and U.S. Defence Secretary Jim Mattis will meet their Indian counterparts in New Delhi on Thursday, and are expected to finalise defence pacts that could bring their militaries closer amid China's rising influence.
The talks come as U.S. hostility rises towards India's traditional allies Iran and Russia, on which Washington has placed sanctions. Iran is a big oil supplier to India, and two-thirds of its military equipment is from Russia.
"They're part of the conversation, they're part of the relationship, they will certainly come up, but I don't think they will be the primary focus of what it is we're trying to accomplish here," Pompeo told U.S. pool reporters en route to Pakistan.