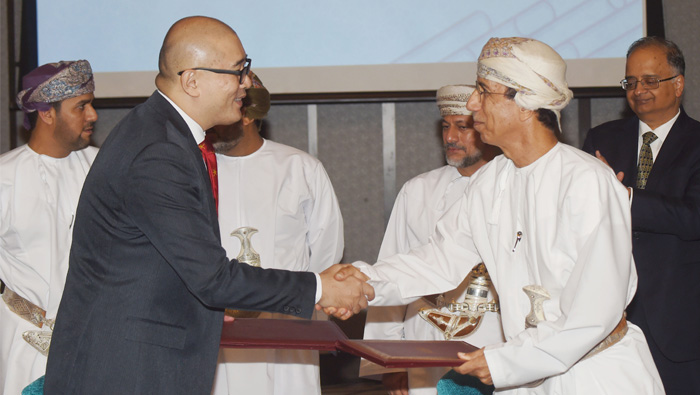 Muscat: Oman Broadband signed OMR92 million financing agreement with the Asian Bank to invest in infrastructure and to finance its projects.
The agreement was signed by Said bin Hamdoon Al Harthy, Undersecretary of the Ministry of Transport and Communications for Ports and Maritime Affairs, Chairman of the Board of Directors of Oman Broadband.
The signing ceremony was sponsored by Dr. Ahmed bin Mohammed Al Futaisi, Minister of Transport and Communications.
Eng. Said bin Abdullah Al Mantheri, CEO of Oman Broadband said that signing the agreement with the Asian Infrastructure Investment Bank (AIIB) seeks to provide high-speed communications services through the implementation of fiber-optic network expansion projects.
It is also one of the most important stages of the company, which will be able through it to rely on external funding in the coming projects and without any government guarantees.
He said in a statement that the loan will be used to finance the capital projects of the company to be completed in 2021 within the first phase of the implementation of the National Broadband Strategy.
The signing ceremony was attended by a number of undersecretaries and CEOs of the company in the telecommunications sector.