Call to use Oman model to combat human trafficking 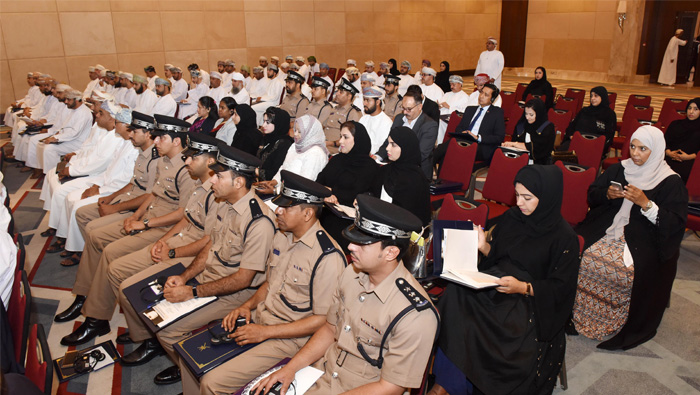 Muscat: The National Seminar on Combatting Human Trafficking concluded at Sheraton Hotel in Muscat yesterday under the patronage of Hussein bin Ali Al Hilali, Attorney General.
The two-day seminar was organised by the Sultanate, represented by the National Committee for Combating Human Trafficking (NCCHT) in conjunction with the United Nations Office on Drugs and Crime (UNODC) for the GCC Countries.
The seminar recommended training a team of national experts and trainers to use them as experts at the national level, as well as in the United Nations (UN) programmes at the regional and international levels to present the model of the Sultanate.
The seminar also recommended cooperation and emphasising the importance of building the capacity of cadres working in the national authorities in order to establish and activate the departments and teams specialised in human trafficking cases (Royal Oman Police,
Public Prosecution, Judiciary, Ministry of Manpower and the Housing Centre).
Further, the seminar stressed the importance of providing support in the design and implementation of a national awareness and prevention initiative to introduce the phenomenon and how to deal with it through the hotline and awareness programmes.
The seminar called for building capacities of the media on human trafficking crimes, based on the training manual of the United Nations to activate their role as an active partner in the face of this phenomenon.
The seminar also recommended the need to cooperate in coordinating and activating the rapid intervention team in line with the national referral system for victims of human trafficking in cooperation and partnership with all concerned national bodies and under the supervision of NCCHT members according to its mechanisms and the way it deems appropriate, with taking into consideration to view experiences of partner states and sharing such experiences.
Further, the seminar stressed the importance of cooperation in coordinating national efforts in the field of international cooperation on human trafficking issues.
The national seminar is part of UNODC's efforts to build the capacity of workers in various fields in the Arab countries to combat human trafficking, with the participation of experts in this field to consult on how best to address the crime of human trafficking and to identify best practices in referring victims.
The seminar aimed to provide UN standards, guidelines, statistics and studies, as well as referral of victims by providing an international and legal perspective on the investigation of all forms of this crime.
It also aimed to support national and regional cooperation and communication with relevant authorities and law enforcement agencies concerned with referring victims in a bid to upgrade the Sultanate's efforts at the international level.
At the end of the seminar, the chief guest distributed certificates to the participants.