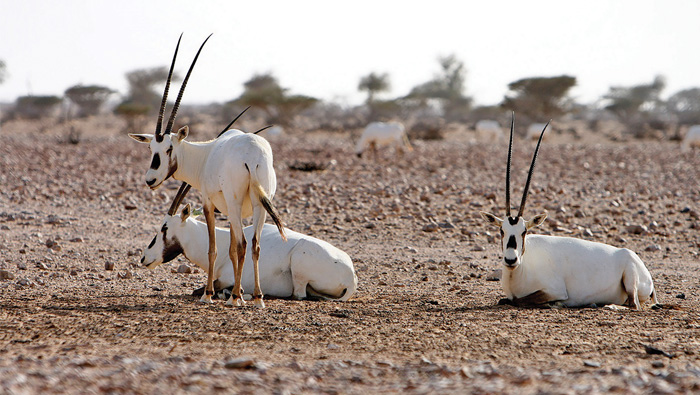 Muscat: More than 20 applicants have lined up to invest in tourism projects in Duqm, according to a senior official from Al Wusta governorate.
The total area over which these projects would be spread is more than 2.8 million square metres, according to Nasser bin Marhoon bin Fadhil Al Abdali Al Wusta’s Director of Tourism.
The applications are for setting up tourism projects in the Special Economic Zone of Duqm.
**media[926290]**
Also, there are several tourism projects announced by the Special Economic Zone Authority in Duqm, which will be established in the wilayat soon.
As for the services provided by the tourism department of Al Wusta governorate, the Al Wusta Director of Tourism stated that it was implementing whatever is planned by the ministry as its working arm in the governorate.
It is providing services required by the investors; working to create awareness; making efforts for statistics, tourism development, planning, and follow up of tourism lands; as well as finding new plots for tourism development other routine works related to quality control and inspections, follow up of taxes, contracts, and other administrative and financial issues.
He added that the Ministry of Tourism was playing a significant role for the improvement of tourism sector in the wilayats of the Sultanate.
Duqm is one of the wilayats of Oman which has distinctive tourist elements and natural tourist attractions. This is why it has its share of the attention of the ministry, similar to other wilayats. There are lands allocated for tourism development and opened up for investments. Announcements are also made about them in the media. This is about the lands which are in the wilayat of Duqm and outside the boundaries of the Special Economic Zone Authority.
About promotions and marketing of the tourist elements, the director of tourism said that the role played by the ministry in Al Wusta governorate was not a secret. Duqm is like any other wilayats of the Sultanate. But it enjoys more attention as it is a major tourist attraction, an economic zone, and a meeting point of investors.
**media[926292]**
This is why it is important to intensify marketing and promotions of the wilayat, especially after the establishment of high-quality tourist facilities and international hotel chains. The work of the ministry is not limited to investments and promotions.
There are other works being carried out by the ministry which is represented in the department of tourism in Al Wusta governorate. It is organising seminars and lectures to deliver a message to the common people who are impacted by tourism.
The focus is on tourism awareness. The school students, associations, craftsmen, and other segments of society are the targets of this awareness creation campaign.
In addition to this, the ministry wants to coordinate with all concerned organisations and parties to provide appropriate services to tourists, focusing on tourist sites and maintaining them on a continuous basis. It also wants to provide other services, such as making consumer goods available, so that there is no scarcity of these things, particularly during national occasions and holidays.
The ministry is also taking care of the tourist guiding sign boards in the wilayat and placing them at prominent places to make them visible for all.
Al Wusta governorate also has various other tourist attractions and different environments spread across its four wilayats, namely Haima, Daqam, Mahout, and Jazer. These make the governorate a tourist attraction throughout the year. Its beautiful beaches stretch along the Arabian Sea from Ras Al Ruwais in the Wilayat of Mahut to Ras Sauqra in the Wilayat of Al Jazir.
The high mountains bordering the Arabian Sea and the magnificent wadis decorated by the Ghaf trees and many wild plants, as well as their natural reserves, including natural reserves and wetland reserves, add into its attraction.
These elements have been strengthened by a strong tourism infrastructure, consisting of 13 hotel facilities with 600 rooms and several other facilities.
The Ministry of Tourism has invested in three tourism projects on land, said Nasser bin Marhoon bin Fadhil Al Abdali. Two of them have been implemented, and work on the third is underway.
These projects will add to the already strong tourism elements of the governorate.