On the Ball (Part 2): From Oman to Europe – chasing the dream of pro football 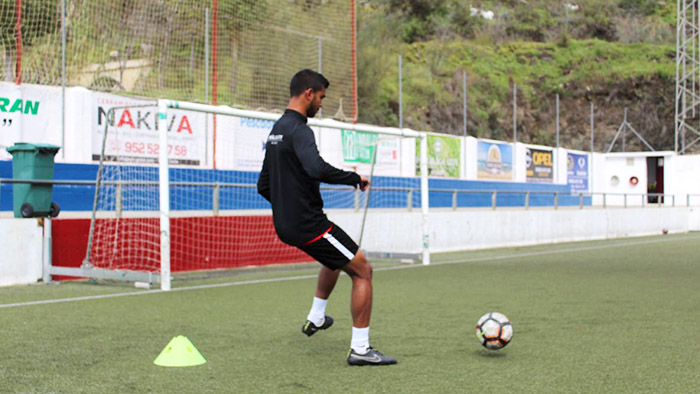 Saurav Gopalakrishnan has gone a long way since he left Muscat to pursue his dreams of becoming a footballer.
Having left Indian School Muscat to play full-time football, Saurav is currently a defender for CD Almunecar, a football club in Spain, which is run by FC Malaga City Academy, providing academy graduates the chance to taste first-team football.
En route to Spain, though, Saurav’s first opportunity to play in Europe and achieve his dream of becoming a professional athlete, came in England, where he signed up for a summer camp once he finished his Class 10 board examinations.
“Once I was there, what I wanted was for it to never end, because it was a dream happening right there,” said Saurav, in an exclusive interview with Times of Oman and TFM. “Towards the end of it, I realised that this would end at some time, in some two or three weeks, and I would probably have to head back home. I remember, quite clearly, sitting up at nights, hoping that I would get an extension, and that this would go on and on by some miracle.”
“We played showcase games against top academy sides,” he added. “We played Norwich, Aston Villa, West Ham, Queens Park Rangers, and this was terrific exposure for all of us. For myself, I was just looking at it from this perspective: I was playing football on a street in Oman a few months ago, and here I was playing on the training ground of a club such as West Ham.”
If being there wasn’t inspiration enough for Saurav to perform, seeing his heroes in the flesh gave him the impetus he required.
“We would get there a lot of times, and as we walked past the training grounds, you have the first team pitches in front and then you have the under-23s, under-18s and under-16s pitches and so on,” he recalled. “So often, I would just remember glancing to my left and right and just see these players that I’d previously only seen on TV, and I was just awestruck.”
“When I was at QPR, I saw Rio Ferdinand, who is one of my heroes,” he admitted. “It was just a short three- to five-second window and I couldn’t make it obvious that I was staring at him. I am still in awe of the man, because he is one of my heroes, and to look at that guy, being at the forefront and barking orders to his team mates, doing what he does best as a leader was just great.”
Saurav may have been about to embark on the journey of his wildest dreams, but even at such a young age, he knew just how important staying grounded was.
“I think the way I saw it was that I had the drive and determination, I have a never-say-never attitude and anything that comes my way, I will find a way to overcome it,” he said. “This is my goal so I will find a way to go around the challenges I face. I believe everyone has that inside them, and in my case, I have been able to harness it from inside me. I was lucky, I can’t lie, because I am lucky to be in the position I am in. I know that there are many others who have not been as fortunate as I am, so I cannot take it for granted.”
“I have to work hard every single day, week in, week out, and give it my 100 per cent,” added Saurav. “When I came back, it was sort of a blank period and I did not know what was going to happen next. That was when I realised that I was going to face situations in life where there would be complete darkness, as it seemed at the time. You won’t even know what is going to happen tomorrow. You can hope and pray that things will get better, but you need to back that up with action.”
He concluded, “Simply hoping and praying means nothing will come to you unless you back that up with dedicated action, and that is where your so-called miracles come from.”
— [email protected]