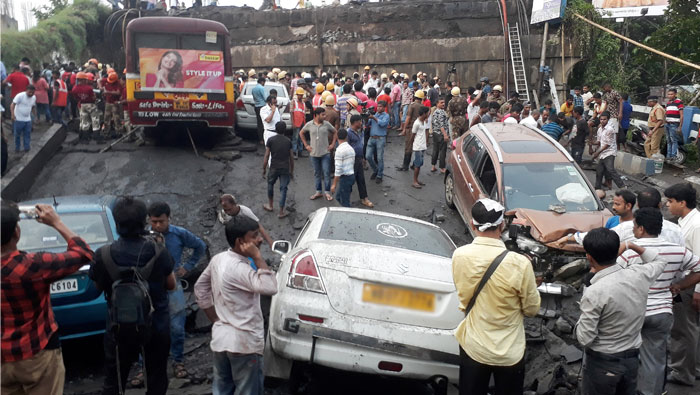 Muscat: A number of people are feared trapped after a portion of a flyover collapsed in the city of Kolkata in India on Tuesday evening.
According to reports, several people have been injured in the incident. Several vehicles, including a mini bus and a car were crushed and are also under the debris of the collapsed bridge.
Prime Minister Narendra Modi acknowledged the incident in a Tweet saying, "The collapse of a part of a bridge in Kolkata is deeply unfortunate. My thoughts are with the families of the victims. I pray that those who are injured recover at the earliest."