Universal health cover a must for needy sections of the population: WHO 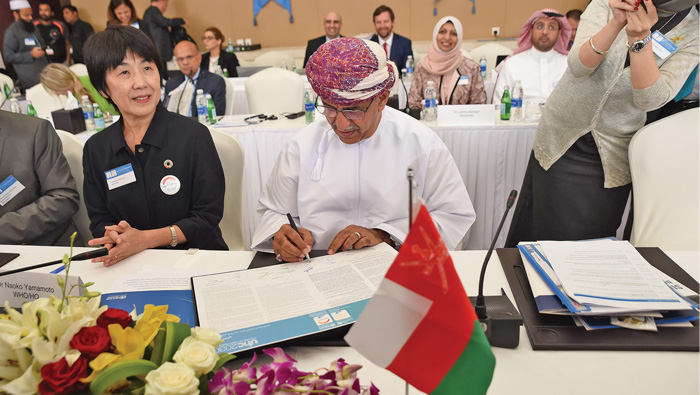 Muscat: A World Health Organisation (WHO) representative has said that Universal Health Coverage (UHC) for expatriate workers and migrants in countries in the Eastern-Mediterranean Region should be a priority for Oman.
Akjemal Magtymova, WHO representative to Oman, spoke to the Times of Oman about the status of UHC in Oman on the sidelines of a ministerial meeting regarding UHC in the Eastern Mediterranean Region, organised by the Ministry of Health and in Salalah WHO from September 3 to 5.
"The first panels for the ministerial meeting, 'The Road to Universal Health Coverage (UHC) in the Eastern-Mediterranean Region (EMR)' under the patronage of His Highness Sayyid Asaad bin Tariq AL-Said, began this morning," said the Ministry of Health and WHO.
Magtymova said, "In a country like Oman, or other high income better off countries, with near-UHC status, the current challenges and priorities are: high and increasing burden of noncommunicable diseases (NCDs) and also securing protection for non-national residents and migrants. For example, Oman having 52 per cent Omani and 48 per cent of its population non-Omani, protection for the latter will be important, through various mechanisms including health insurance."
While facing challenges, Magtymova noted Oman's successes in the field.
"Oman's success to near-UHC status is thanks to its strategy to develop its primary health care with a focus on catering prevention services — as opposed to waiting for the people to become ill and then treat. Currently there is a shift in disease burden with increasing prevalence of chronic noncommunicable diseases and treatment of NCDs is often long-term and of high cost to health systems.
"Ministry of Health, being responsible for provision of services, is having unfortunately less control over NCDs prevention. This is now not the Ministry of Health's business alone but every sector and every individual have their role in preventing NCDs (and related costs) or exacerbating them. Health becomes everyone's business and all sectors of Government [should] review their activities through a 'health impact assessment', to ensure that there is positive impact on health of a chosen policy decision."
According to her, different countries in the region will have various concerns. "The countries of the EMR are in a different level of their economic and development status, Hence, some countries have advanced towards UHC and some are still facing greater challenges. Nine out of 22 countries in the region have declared health emergency status as well as protracted conflict, which increases the number of vulnerable groups of populations, such as internally displaced people, migrants, refugees.
"For the region as a whole to achieve UHC, we need to pay attention to equity and to these vulnerable groups to reach services they need," she added.