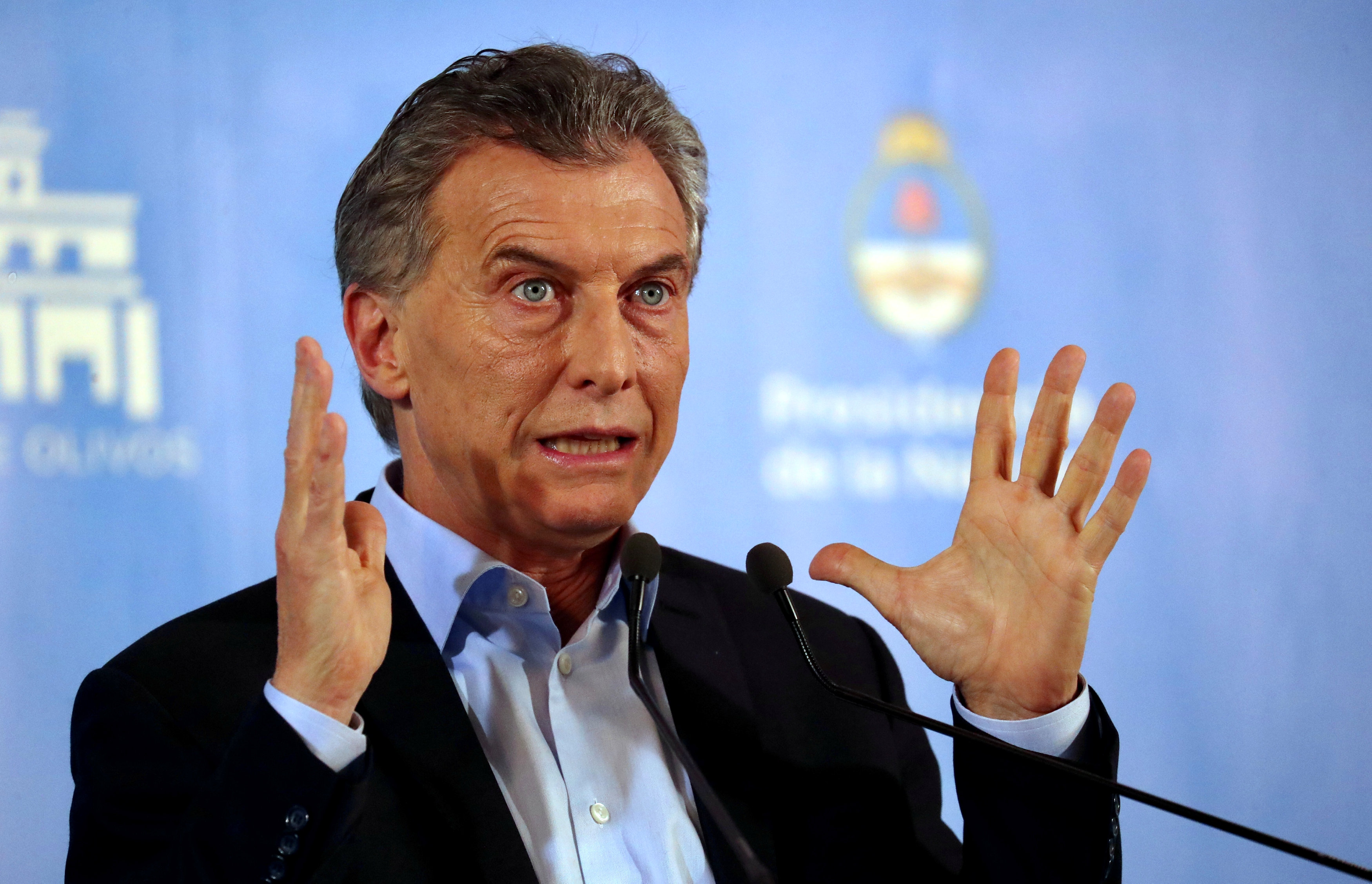 Buenos Aires: Argentine President Mauricio Macri on Monday announced new taxes on exports in the world's third-biggest soy producer and steep cuts to spending in an "emergency" bid to balance next year's budget, as his center-right government aims to persuade the IMF to speed up a $50 billion loan programme.
The new austerity measures, announced by Macri and Finance Minister Nicolas Dujovne, were prompted by a 16-per cent slide in the peso last week that brought its losses to almost 50 per cent against the dollar this year.
The peso closed 3.14 per cent weaker after the new measures were announced on Monday, a US holiday. Some analysts warned it could slip further in coming days as the focus turns to Washington, where Dujovne will start talks on Tuesday with International Monetary Fund officials about accelerating disbursements from the loan deal, agreed in June.
Macri said that far-reaching measures to balance the budget were the only way to draw a line under repeated bouts of financial turmoil over decades in Argentina.
"This is not just another crisis. It has to be the last," Macri said in a televised national address.
Spending cuts will make up about half of savings needed to balance the budget next year, a year earlier than planned, said Dujovne.
Almost all new revenues will be funded with an export tax of 4 pesos per dollar on exports of primary products, including agricultural goods, and 3 pesos per dollar on other exports, he said.
The new taxes mark a step backward for Macri, a free-market advocate who slashed agricultural taxes upon taking office in 2015 to "normalise" the economy after years of heavy state intervention under his predecessor, Cristina Fernandez.
"We know it's a bad, terrible tax that goes against what we want to foster: more exports to create more quality jobs," Macri said.
But "it's an emergency," Macri added, promising to get rid of the tax once the economy stabilises.
The new taxes might delay international shipments of grains from Argentina - the world's No.1 exporter of soymeal and soyoil and a top shipper of raw soybeans and corn - as farmers and export companies monitor the exchange rate for the best time to sell.
The government expects the taxes to raise 432.812 billion pesos ($11.39 billion) next year, roughly 2.3 per cent of GDP, as the farm sector is expected to post a strong rebound following a drought that hurt this year's corn and soy harvests.
Investors have sought determined action from Macri's government to close its budget gap amid concerns that a recession this year and the sliding currency would leave the government struggling to service its debt, most of which is in dollars.
Argentina's economic woes have revived painful memories of a 2001-2002 economic crisis that plunged millions into poverty and shook the faith of international investors in Latin America's third-largest economy.
Repeating "We cannot keep spending more than we make," Macri warned poverty would rise due to inflation running at more than 30 per cent. But he asked his countrymen to be patient.
"We're facing this the best way we can," Macri said.
The government said it would bolster social programmes such as child welfare, reduce the number of ministries to 10 from 19, and slash next year's capital spending - which supports infrastructure development - by 27 per cent.
The contraction of the Argentine economy this year will be steeper than the 1 per cent recession projected, Dujovne said. But by 2020, Argentina should be able to post a primary fiscal surplus of 1 per cent of GDP, he said.
Analysts had mixed reactions to the announcements, with some saying they fell short of expectations and others warning they could fan political unrest next year.
But "talk about default is senseless even examining these numbers with pessimism," said Federico Thomsen of Buenos Aires consultancy E.F. Thomsen.
A plank of Macri's 2015 election platform was to cut the country's fiscal deficit by reducing the expensive public utility subsidies favoured by Fernandez.
But cutting those subsidies has put upward pressure on inflation by sharply increasing household electricity, heating gas and water bills, leaving Macri caught between voters tired of fiscal belt-tightening on one hand and investor pressure for spending cuts on the other.