Over 2,000 to be evacuated for tsunami drill on Sawadi beach 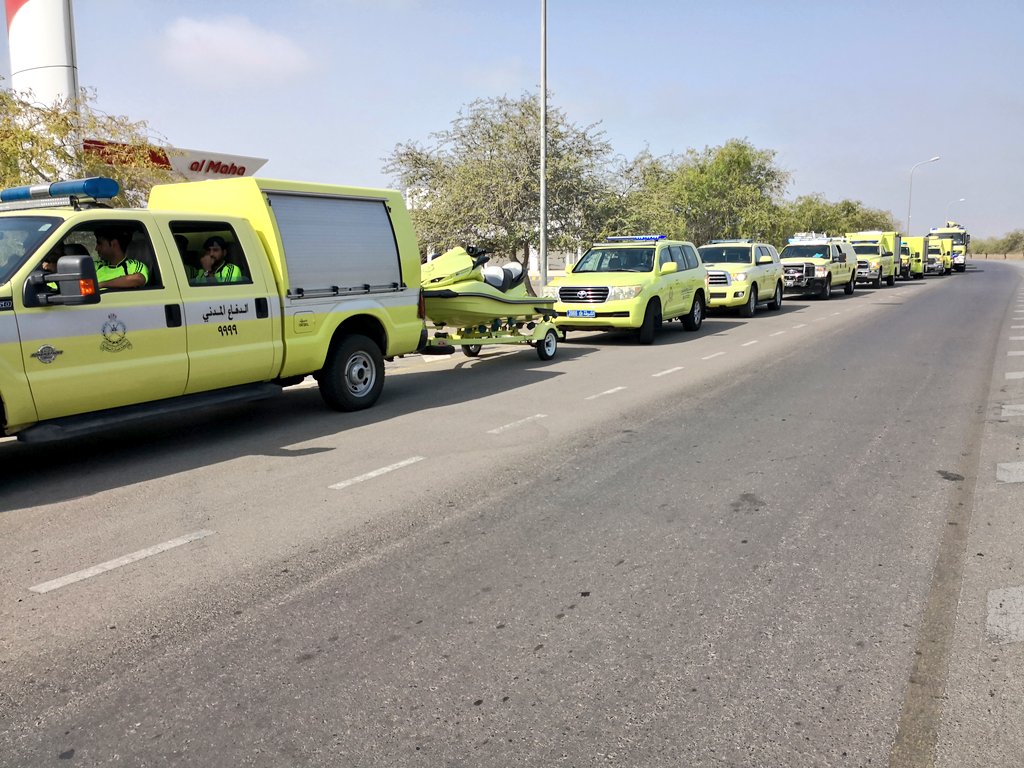 Muscat: More than 2,000 people will be evacuated in a tsunami evacuation drill on Sawadi beach in the wilayat of Barka.
The drill will kick off at 10am and will end at 12pm on September 4, according to an official at the Public Authority for Civil Aviation (PACA). Some 23 countries will participate in the Indian Ocean Wave 18 drill.
According to the official, Oman is able to issue the first tsunami warning within six minutes, surpassing a number of countries bordering the Arabian Sea and the Sea of Oman. The Makran crack, bordering the coast of Iran and Pakistan, is some 300km away from the coast of Oman, where the waves are expected to have a tsunami impact of less than half an hour in the event of an earthquake measuring 6.5 on the Richter scale.
Comprehensive exercise
“Al Sawadi beach was picked, as studies showed that the area is greatly affected by the risk of a tsunami. It was also chosen due to the existence of schools and hotels in the area. The National Centre for Early Warning affirmed this exercise would be comprehensive to all parties associated with the early warning to ensure readiness when needed in real cases,” the official told the times of Oman.
The exercise will simulate a 9.0 magnitude earthquake off the coast of Iran, which will generate simulated tsunami waves travelling across the Indian Ocean basin towards the coast of the Sultanate in less than half an hour.
The estimated height of the simulated wave will be some 12 metres, flooding the beaches at 0600 hrs UTC on September 4.
In preparation for the test, PACA has organised awareness programmes to explain the process to the residents of the area through lectures, social media, and leaflets.
“From August 13 to 18, a number of awareness lectures were held for the residents of the Sawadi Coastal area,” the PACA official said, adding, “The lectures will continue next week to raise awareness over evacuation and its mechanisms.”
“Leaflets have also been printed in several languages to answer the questions of citizens and residents, in order for the information to reach the largest possible number of people, in addition to educational tweets through social media outlets,” the official added.
Residents of the area have positively responded to the upcoming evacuation test.
“Through the increasing participation and the questions asked by them during the lectures, it can be concluded that the response was excellent and is a testament to the awareness of the residents over the dangers of the tsunami and ways to deal with it, if it occurred,” the official said.
The exercise is held every two years and is attended by all countries bordering the Indian Ocean. Oman had previously also participated in this exercise to test its readiness over tsunami risks.
The last earthquake in Makran Groove occurred in 1945, which caused the death of more than 4,000 people in Pakistan and Iran. Sur was also affected by waves exceeding 3 metres. In 2004, a tsunami that occurred in Sumatra caused more than 200,000 deaths in Indonesia, Thailand, Malaysia, Bangladesh, India, and Sri Lanka, as well as Somalia and Kenya.
The waves reached the coasts of Dhofar Governorate with a height of 3 metres.
Meanwhile, PACA has issued a guideline for this drill.
Text message on a mobile phone for reaching the nearest assembly point
When you arrive at the assembly point, make sure your family members are safe
Follow the evacuation routes according to road guidance signs
In case a family member is injured, inform the civil defence and go to the allocated exercise clinic
Speed up the evacuation of the home and then evacuate the children and the elderly
If a family member is missing, notify the civil defense members, who will help immediately
Take shelter from the earthquake first and then leave the house
If the time of the exercise is scheduled when you are in the boat at sea, sail to deeper seas