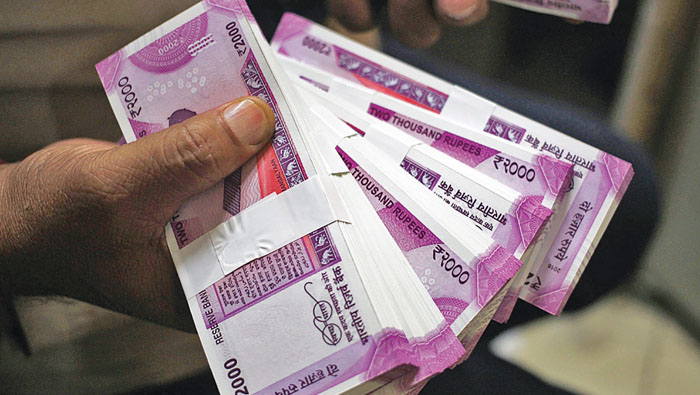 Muscat: The slide of the Indian rupee will impact Oman-based expat investors, depending on what they spend their money on, advisors say. Thousands of non-resident Indians (NRIs) who have invested their money in leveraged Indian rupee deposit schemes offered by some banks stand to lose from the recent decline in rupee value.
As the currency depreciates, the total value of investment also declines directly, impacting the share of investor’s equity.
“The rupee depreciation is a problem for a net oil importer such as India, especially because crude oil prices are still elevated,” said Dr Anchan CK, an investment advisor in Muscat.
Foreign investors
“Further, it could also hamper investments by foreign investors; the depreciating rupee may be beneficial for a handful of stocks, but it doesn’t bode well for the country’s macroeconomic stability unless export growth significantly improves.”
“NRIs would be able to purchase property in India at a much lower price,” he added. “Factoring this in, real estate developers lure NRIs to buy apartments in India with attractive schemes, when the rupee depreciates.
“To opt for a foreign visit at this point of time will be more expensive for Indians. However, the rupee depreciation has its positive side too as India stands as a much cheaper destination for tourists from western countries.”
Exchange houses in the Sultanate are offering rates as high as INR183 for a single Omani rial, with the exchange rate currently hovering around INR184.
PK Subudhi, general manager of Mustafa Sultan Exchange, said that although some people tend to convert their money into dollars and then send it home, there was no better time than the present to put money into Non Resident Rupee (NRE) accounts, that many non-resident Indians (NRIs) have opened back home.
“If the rupee depreciates, obviously the remittances will go up,” he said. “For people who were holding onto the rupee waiting for a good rate, they will be sending it back home at this time. If you are converting money here and sending it in Indian rupees, this is the best time. But if you convert it into US dollars, for example, then it does not make sense right now. When people remit in Indian rupees, then they will benefit.”
R Madhusoodanan, general manager for Global Money Exchange, added: “This is a rather ticklish question, because the truth is that there is no ‘best’ time to send money. For example, tomorrow if someone comes to me and I tell them to hold off because the rupee will depreciate further and it gets better tomorrow, then that person will question me. If I tell them to put money now and the rupee depreciates further, then that person will come to
me again.”
“The currency fluctuations are being felt in all of the developed countries, and currencies such as the peso, yuan, taka, lira and many others are facing this because the demand for the dollar is very high right now because of the global impact of the ongoing crises in Iran and Turkey, just to name a few of the influencing factors,” he explained.
“All of the emerging economic countries are facing this shortfall, but the reason the rupee is in the spotlight at the moment is because the slide has been so dramatic over the last few months.”
Dr KP Sebastian, general manager of New India Assurance Ltd, though, said that the economic downturn in Oman meant people were finding it difficult to send significant sums of money to India to invest.
“The question is, who has money to spend at the moment? Hardly anyone has money at the moment. A lot of people need to take loans from banking institutions or their own companies,” he said.
“Irrespective of what the economic behaviour is, though, we have not seen a shortfall in remittances because people still need to send money back home.”