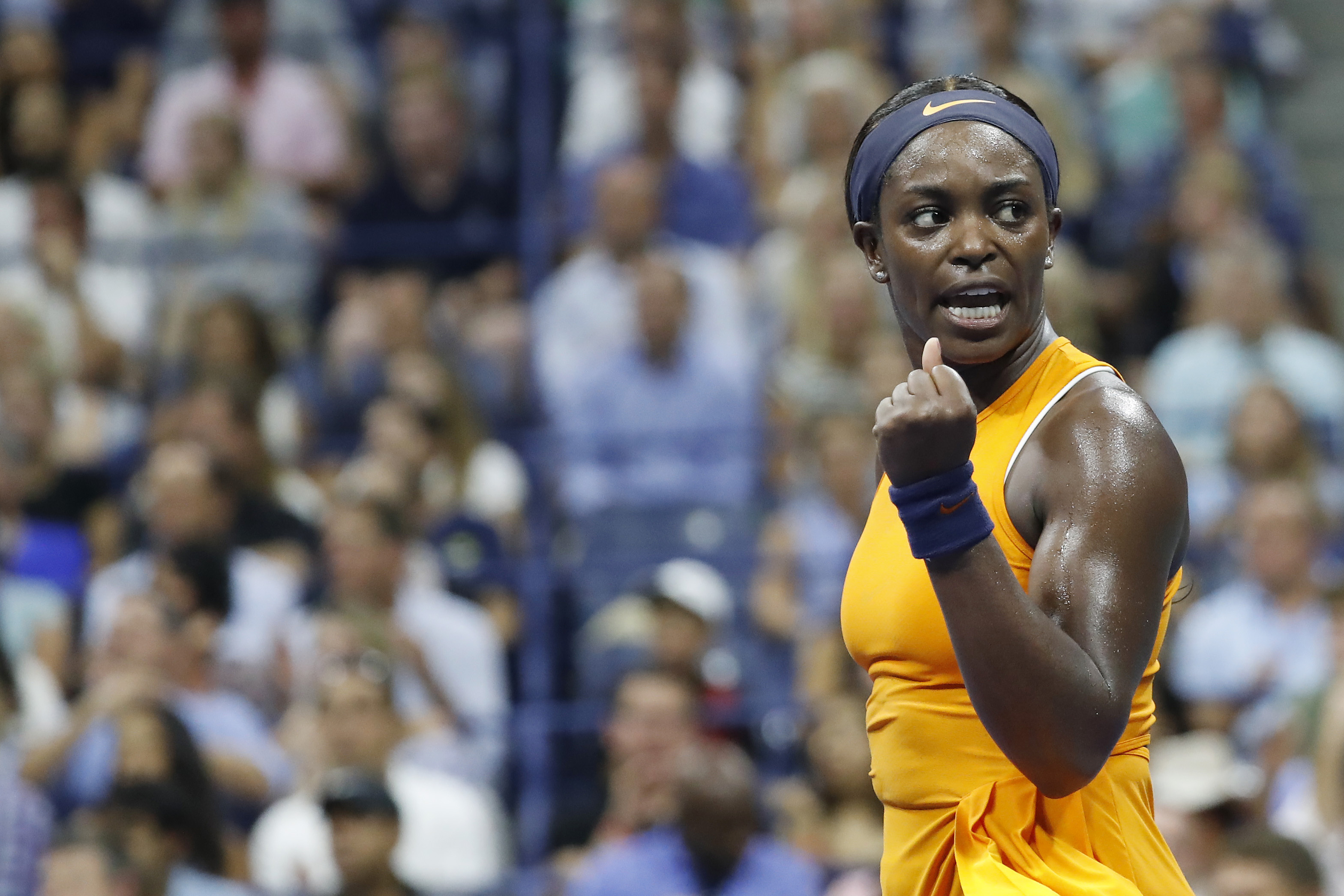 NEW YORK: Defending champion Sloane Stephens eased into the quarter-finals of the U.S. Open with a 6-3, 6-3 victory over Belgian Elise Mertens on Sunday.
Stephens, who has not dropped a set in four matches at Flushing Meadows this year, lost to Mertens at the Cincinnati warm-up last month but was never in danger of suffering a repeat as she wrapped up the win in one hour and 26 minutes.
"(Mertens) beat me two weeks ago so I knew that I had to come here and fight and do my best," Stephens said in. "I played a solid match so I couldn't really ask for any more."
The American struck 17 winners and controlled play from the baseline, ran relentlessly to extend the points, dominated in the longer rallies and was also helped by her opponent's struggles on serve.
"I think just like I always say, get your racquet on it, make a play on the ball, make your opponent play an extra ball," Stephens told reporters. "That's the most important thing to me.
"Sometimes it doesn't have to be the best shot, but making them play another shot, you might get another opportunity. I worked really hard on that."
Overall, Mertens won just 46 percent of her first serve points and faced nine break points, losing five of them.
Stephens by comparison won 73 percent of her first serves and saved four of the six break points she faced, while also making 10 fewer unforced errors than her opponent.
Next up for Stephens, who at number three is the highest seed left in the women's draw, is a repeat of last year's quarter-final against Latvian Anastasija Sevastova.
"I think it will be a good match," Stephens added.
"Hoping to just get out there and kind of execute the same game plan. Quarter-finals of a Grand Slam is always really tough. It's a big opportunity for both of us."