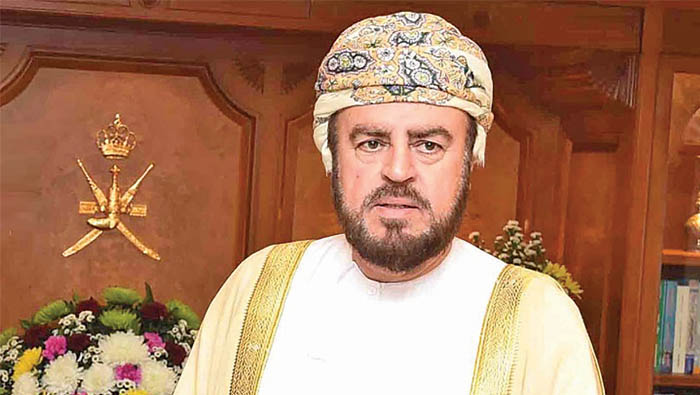 Salalah: His Highness Sayyid Asa’ad bin Tariq Al Said, Deputy Prime Minister for International Relations and Cooperation Affairs, Personal Representative of His Majesty the Sultan will patronise at the Sultan Qaboos Youth Complex for Culture and Entertainment in Salalah today over the opening ceremony of the Ministerial Regional Meeting “The Road to Universal Health Coverage (UHC) in the Eastern-Mediterranean Region (EMR)”.
Dr. Ahmed Al Mandhari, WHO-EMR Regional Director, and Dr. Ahmed bin Mohammed Al Sa’eedi, Minister of Health along with Dr. Naoko Yamamoto, UHC Assistant Director-General and Health Systems at the WHO will deliver the key speeches.
A video message of Dr. Tedros Adanom, WHO Director-General will be displayed during the ceremony. The meeting will touch on the non-communicable diseases in the context of Universal Health Coverage.
The meeting is being organised by the Regional Office of the World Health Organisation (WHO) for the Eastern Mediterranean, in cooperation with the Ministry of Health (MoH).
Around 22 EMR countries represented by the ministers of health, a number of high-level officials from the financial and parliament sectors, consultants, advisors and experts, as well as several national health institutions will take part in the Regional Meeting.
The ministerial meeting is one of the important meetings at the international level as it follows the WHO. The issues, which will be discussed during the meeting, are very important and related to the Universal Health Coverage. The meeting gathers senior health leaders, policymakers, national health systems officials in the EMR countries along with local, regional and international participants.
The meeting aims to assess the regional situation and, share successful international and regional experiences in advancement towards UHC with regional leaders and policymakers responsible for national health systems. The meeting will draw upon the best global practices and knowledge. It is hoped that a stronger commitment to develop and implement roadmaps for tangibly advancing on UHC in the region will be declared during the meeting.
The Ministerial meeting seeks to achieve several objectives that include introduction to policymakers most up-to-date knowledge and thinking on health systems, Universal Health Coverage and Sustainable Development Goals (SDG) and sharing global best practices in effectively advancing UHC through health system strengthening.
The meeting’s key expected results are signing the UHC2030 global compact by all WHO Member States in the Region, as well as understanding the most up-to-date knowledge and thinking on health systems, Universal Health Coverage and Sustainable Development Goals.
The agenda of the meeting contains a number of scientific sessions, where the second day will touch on the right to health, human capabilities and health justice, macroeconomic policy and health financing for achieving the UHC.
Furthermore, it will discuss defining and delivering the Universal Health Coverage priority benefit package, addressing the health services for mother and children, non-communicable and communicable diseases in the context of UHC, in addition to a high-level discussion on the national experiences in the Eastern-Mediterranean Region.
On the last day, the Meeting’s sessions will include health security and Universal Health Coverage, promoting the inclusive national health systems for migrants and host communities along with monitoring Universal Health Coverage, as well as a high-level panel discussion on national experiences in advancing towards UHC in the emergency context and another panel discussion on the partnerships for Universal Health Coverage.
In view of the importance of this event, the Ministry of Health has prepared early and provided the adequate support for the participants in collaboration with the concerned authorities. A main committee with subcommittees and teams that responsible for the organisational, administrative and media issues have been formed. The Universal Health Coverage means to ensure that all people obtain the health services they need without suffering financial hardship.
Countries that invest in UHC make a sound investment in their human capital. In recent decades, the UHC has emerged as a key strategy to make progress towards other health-related and broader development goals. Access to essential quality care and financial protection not only enhances people’s health and life expectancy, it also protects countries from epidemics, reduces poverty and the risk of hunger, creates jobs, drives economic growth and enhances gender equality.
In pursuance of the Framework for Action on Advancing Universal Health Coverage in the Eastern Mediterranean Region, the WHO Regional Office holds the ministerial-level regional meeting on UHC to recommit itself to this goal, and support the member states in developing their visions and implementing national roadmaps for strengthening their health systems towards UHC.