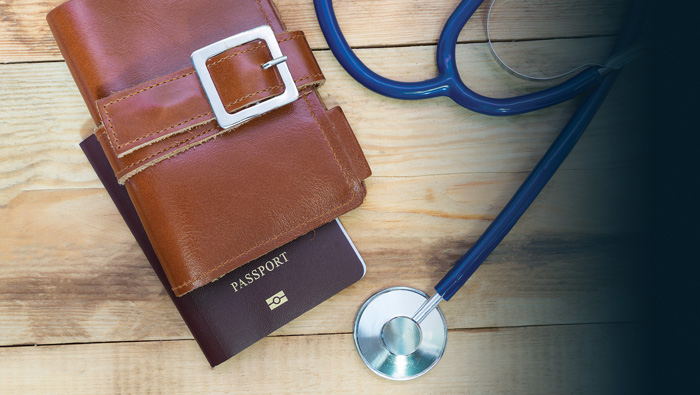 Muscat: Over the past five years, there has been a 56 per cent drop in the number of patients that were sent abroad for treatment, according to data released by the Ministry of Health.
Last year, 600 patients were sent abroad at the expense of the Ministry of Health, while in 2016, 917 patients were treated abroad, down from 1,655 patients in 2015. The years 2014 and 2013 recorded 1,713 and 1,372 patients sent abroad, respectively.
“The health system in Oman is improving every year,” said Dr Waleed Al Zadjali, President of the Oman Medical Association.
“We now have a broader variety of specialities, in addition to more qualified surgeons and doctors practising in Oman, which played a big role in reducing the number of patients being sent abroad.”
“Also, our graduates from the US, UK and Canada are now returning home and are bringing with them their practices and skills using new technologies,” Al Zadjali added.
In 2017, India received the most number of patients from Oman—544—sent for various treatments. This was followed by Turkey with 20 patients and Thailand with 10. Other countries that treated Omani patients were the United Kingdom, Germany and the UAE.
“Services and technologies such as PET scans and MRIs available in the country have contributed to this decline,” said Al Zadjali.
The highest number of patients sent abroad for treatment was those suffering from ophthalmic diseases at 182, followed by brain and neurological diseases and neoplasm.
Other diseases treated abroad included cardiac and haematologic diseases, liver transplants and metabolic disorders. “With the opening of the New National Oncology Centre at Royal Hospital, the number of neoplasm cases sent aboard has come down sharply from 180 cases in 2000 to 62 cases in 2017,” the ministry said.
There are other factors besides the introduction of new facilities that have led to this decrease, according to Prof. Taha Al Lawati, Head of Breast and Surgical Oncology Unit at Royal Hospital. “The main factor that contributed to the decline in people going abroad for treatment is that more residents are trusting Omani doctors.”
In 2015, the Ministry of Health announced regulations for treatment abroad paid for by the government. The decision revealed that at least a panel of five doctors would examine the patients before they looked at opting for treatment abroad.
Before a case is approved, a panel for treatment abroad will review the case. The committee will study the patients and the recommendations of the advisory doctor to determine genuine cases.
At present, the number of hospitals in the Sultanate has reached 78, while the number of beds in all these hospitals has reached 6,696, at a rate of 14.7 beds per 10,000 population. There are 1,215 private clinics in the Sultanate, the highest ever recorded, while there are 269 health centres, clinics and dispensaries.
Dr Bashir A P, head of internal medicine at Badr Al Sama Hospital, said that the development of the private sector and the doctors being able to perform more complex surgeries are some of the reasons for this decrease. “Private hospitals have new facilities and more people are seeking treatment here, rather than getting it abroad,” he said. The medical professional added that the Sultanate’s health sector could now boast of being able to diagnose complex ailments and surgeries.
“People fly abroad only if the treatment is beyond the reach of facilities here. They can count on getting a correct diagnosis from a competent practitioner. Also, more complicated surgeries are being done in the country. We can see procedures such as kidney transplants, besides others, being carried out in Oman,” the doctor remarked.
The ministry has appealed to the citizens going abroad for treatment at their own expense to be fully aware of their health condition before travelling.
If patients do decide to travel abroad for treatment, the ministry advises them to contact the Department of Treatment Abroad to identify the specialised and accredited hospitals.