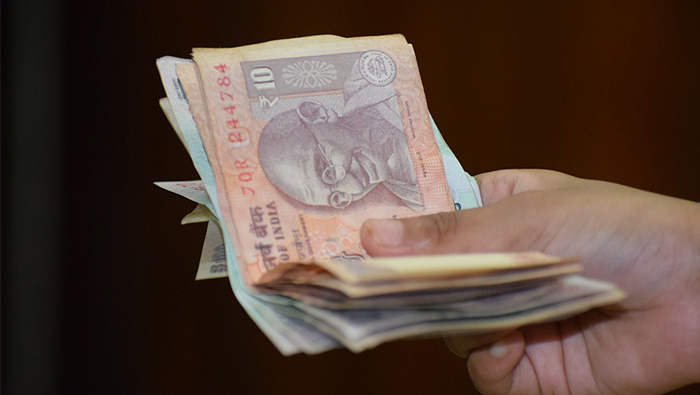 Muscat: The value of Indian rupee against the Omani rial has drastically fallen, with the value of OMR1 reaching INR184.
This fall in the value of INR has pushed several Indian expats to send more money back home.
Global Exchange CEO, Madhusudhan said that usually blue collar workers try to take full advantage of the spike in exchange rate and send more money home during this time. So, there is usually a marginal increase in remittances during this stretch, he remarked.
He added that there were a couple of worrying factors that could affect the value of the rupee further.
“First, much of it is down to international factors. For instance, the trade wars and what’s happening between Turkey and the United States. America has imposed higher tariffs on Turkish imports. Tensions between Iran and America is also not helping,” Madhusudhan said.
U.S. President Donald Trump imposed higher tariffs on imports from Turkey, mainly 20 per cent duty on aluminium and 50 per cent on steel. Relations between Turkey and America have been frosty over sundry issues.
Trump has also backed out of a deal between US, Iran and several other countries that may have kept Iran from enriching enough Uranium to build a nuclear weapon. In exchange, US may have lifted the sanctions from Iran.
“The second factor is that oil prices have risen to $77 per barrel. India exports a huge amount of oil. This will hit the country’s economy and the trade deficit will widen.
“But you need to understand that it is not just the Indian rupee, emerging currencies like the Chinese Yuan, Turkish currency lira, the British pound and the Euro have all been hit,” the global exchange CEO said.
‘Fall of rupee to get checked’
However, Madhusudhan insisted that it was not all doom and gloom, adding that the value of the rupee would appreciate for various reasons.
“We have to look at things in perspective. INR had strengthened by 17 per cent for about a year and a half. Then, it fell by 10 per cent in the past months. This is in part because the currency was over-valued, which was followed by correction.
“Secondly, Gross Domestic Product (GDP) figures were released by the Indian central government on Friday and it turns out that the economy did better than expected. A growth rate of 8.2 per cent was disclosed. This is actually better than the growth rate of China’s economy. As a result, there will be more capital flow. Also, the stock market will gain confidence. So, the fall of the rupee is likely to be arrested.
“But we should not expect Reserve Bank of India (RBI) to hike interests as that wouldn’t be the wise thing to do as the economy is just picking up,” Madhusudhan added.