Britain will not compromise over Brexit plan, says May 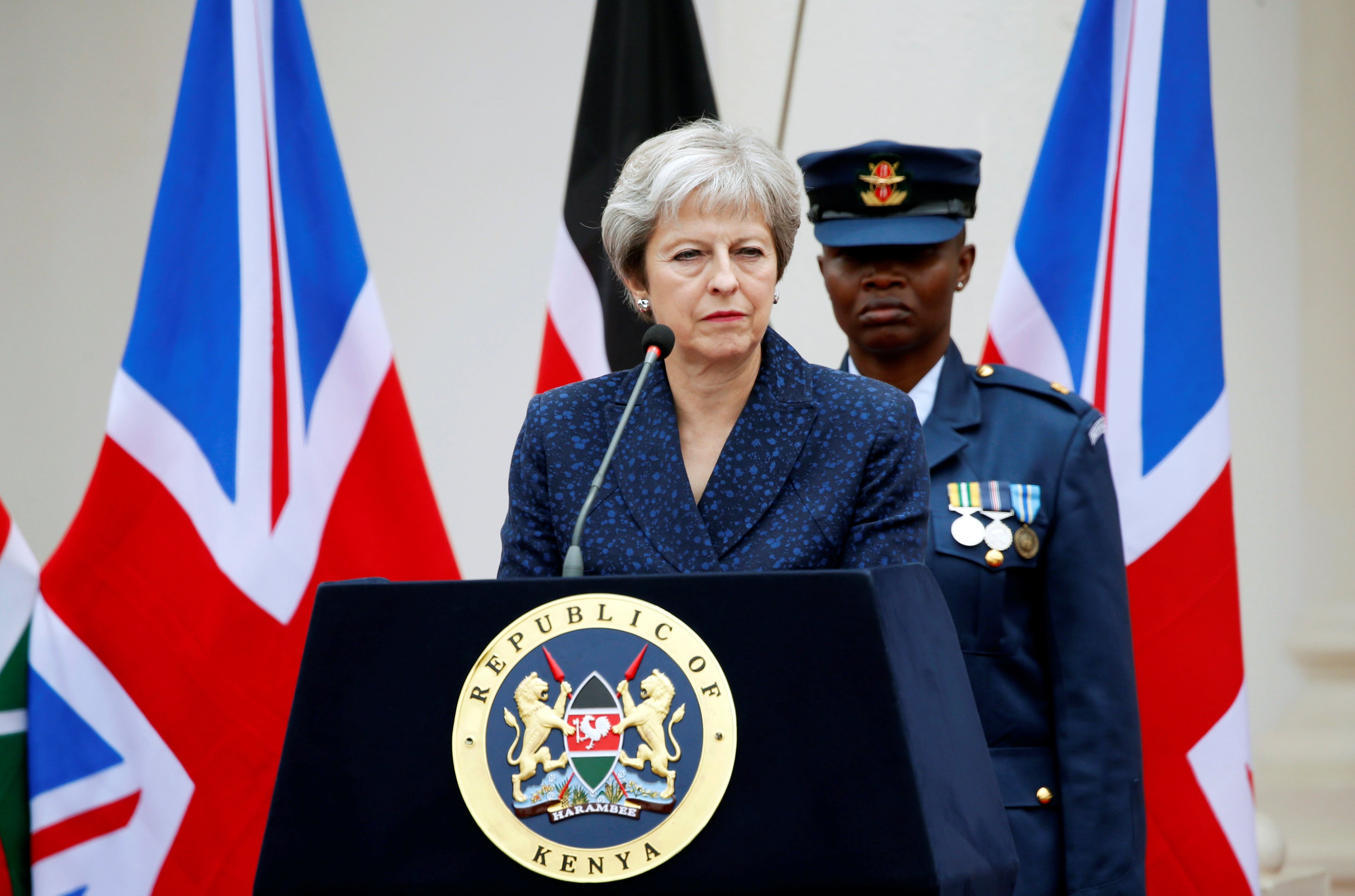 London: British Prime Minister Theresa May said she would not compromise with Brussels over her plans for Brexit as a media report said rivals in her party were set to publish their own proposal calling for a cleaner break with the European Union.
With under two months before Britain and the EU want to agree a deal to end over 40 years of union, May is struggling to sell what she calls her business-friendly Brexit to her own party and across a divided country.
The EU has tentatively welcomed what has become known as the Chequers plan, which is designed to protect cross-border trade, but difficult negotiations lie ahead.
"I will not be pushed into accepting compromises on the Chequers proposals that are not in our national interest," May wrote in the Sunday Telegraph newspaper.
"The coming months will be critical in shaping the future of our country and I am clear about my mission."
May also said she would not hold a second referendum on Britain's EU membership, reiterating a long-held position in an attempt to counter increasingly vocal campaigning for another public vote on the terms of the divorce.
"To ask the question all over again would be a gross betrayal of our democracy," May said.
May's plan would keep Britain in a free-trade zone with the EU for manufactured and agricultural goods. But some Brexit supporters have said that would mean parts of the British economy would still be subject to rules set in Brussels.
Two of May's most senior lawmakers - Boris Johnson and David Davis - quit as foreign secretary and Brexit secretary respectively in July in protest at May's plan, saying it did not go far enough and would let down the millions of people who voted to leave the EU in the 2016 referendum.
According to a report in the Sunday Times newspaper, leading Brexiteer lawmakers in May's party are ready to publish their own plan for Brexit ahead of the party's annual conference which begins at the end of September.
That would be designed to heap pressure on May, who needs to get any deal with Brussels through parliamentary votes in Westminster before Britain is due to leave the EU on March 29 next year.
May reiterated that Britain would be ready to leave the EU without a deal if the two sides cannot agree on the divorce terms.