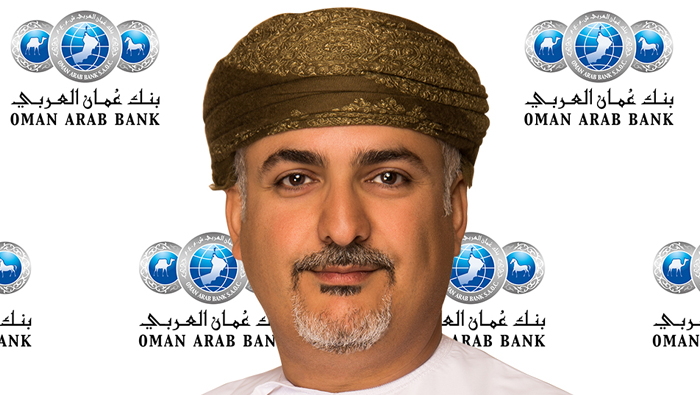 Muscat: The Board of Directors of Oman Arab Bank (OAB) announced yesterday the appointment of Rashad Ali Al Musafir in the position of the Chief Executive Officer (CEO) as of September 2, 2018.
Al Musafir joined OAB in 2016 as the Deputy CEO and later, in February 2018, was appointed as the Acting CEO, replacing the former CEO, Amin Al Husseini; who subsequently took on the role of the Bank’s Advisor.
During his time at OAB, Al Musafir has been involved in several initiatives and development plans to modernise operations. These were an extension of the Bank’s ongoing transformation strategy launched in 2014, with the aim of strengthening the Bank’s position as a preferred Bank amongst its customers in the Sultanate. Over the past four years, the Bank has undergone dramatic changes that shifted its focus from being a conventional bank primarily concerned with corporate clients and financing projects, to a leading retail bank that services individuals, companies, and investors alike. It even undertook a long-term vision towards employing modern technologies across every facet of its operations. As a result, it is today one of the most sophisticated and technologically advanced local banks in the country.
Commenting on the new appointment, Rashad Al Zubair said, “We are confident in the ability of Rashad Al Musafir to lead the executive management team of the Bank. Our decision comes as part of our continued endeavour towards empowering talented Omanis to take up senior management positions within the Bank. This is also the result of great efforts put in by the Bank in training and developing national talent and fostering their professional growth. On behalf of the Board of Directors, I would like to congratulate Mr. Al Musafir on his new position and wish him all the best in achieving the Bank’s objectives. I would also like to take this opportunity to thank Amin Al Husseini, the former CEO of OAB, for his hard work and the great effort he has put in over the past five years towards moving the Bank to a sustained transformation. I would also like to thank him for his efforts in implementing the executive transition and succession plan that the board had confirmed two years ago.’’
Thanking the Board of Directors, Al Musafir said, “I fully appreciate the confidence the Board has shown in my ability to lead this world-class banking institution. I am convinced of the tremendous potential of the Bank's staff and I will work hard towards channelling their talent towards helping strengthen the Bank's presence as a leading Omani banking institution. I would like encourage each one of them to work together as a single unified team and make a collective effort towards ensuring the success of this endeavour.”
Al Musafir holds a Bachelor’s degree in Finance from Boston University in the United States of America. He has also studied Business Management at Harvard University and has over 20 years of experience in banking and financial institutions. He started his career as a Statistical Data Analyst in the Central Bank of Oman in 1997. Over the next two decades, he held a number of senior positions in leading financial institutions, with his most recent being the Acting CEO of Bank Sohar. The above appointment is subject to the necessary regulatory approvals.
Oman Arab Bank is one of the first banks to be established in Oman, with a nationwide network of 65 branches and representative offices and 148 ATMs spread across the Sultanate. OAB provides financial products and services for personal banking, corporate and investment clients.