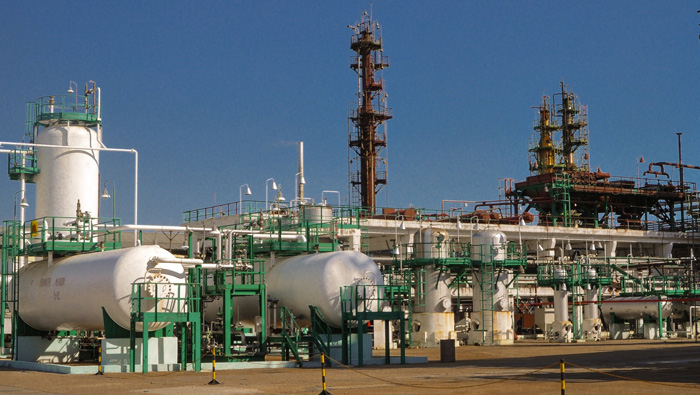 Baghdad: Oil halted gains after the biggest jump in almost two months as Iraq said it raised output to a record ahead of talks between the world’s largest producers about freezing output.
Futures slipped as much as 1.2 per cent in New York, paring the 6.6 per cent advance on Friday, the most since February 12. Iraq, Opec’s second-biggest producer, increased output 2 per cent and exports by 18 per cent last month, according to the state-run Oil Marketing Company.
Venezuela said the first step at the April 17 meeting in Doha (Qatar) between suppliers including Saudi Arabia and Russia should be to cap production.
Oil has rebounded after falling to the lowest in more than 12 years amid signs that a global glut will ease as United States output declines. Saudi Arabia, the biggest producer in the Organisation of Petroleum Exporting Countries (Opec), said it will agree to a freeze only if it’s joined by other suppliers including Iran, while Kuwait said a deal can be done without Tehran’s support.
"Some sort of supply agreement in Doha seems extremely unlikely,” Michael McCarthy, a chief strategist at CMC Markets in Sydney, said by phone. "Even if a deal were announced, the market will be extremely skeptical of any compliance.”
Rig counts
West Texas Intermediate for May delivery fell as much as 47 cents to $39.25 a barrel on the New York Mercantile Exchange and was at $39.37. Prices erased an earlier gain of as much as 1.9 per cent. The contract rose $2.46 to $39.72 a barrel on Friday, capping an 8 percent weekly gain. Total volume traded was about 57 per cent above the 100-day average.
Brent for June settlement lost as much as 53 cents, or 1.3 per cent, to $41.41 a barrel on the London-based ICE Futures Europe exchange. Prices increased 8.5 per cent last week. The global benchmark crude was at a 90-cent premium to WTI for June.
The number of active rigs targeting crude in the US fell for the 15th time in 16 weeks, dropping by eight to 354, Baker Hughes said on its website on Friday. Drillers have idled more than 180 machines this year. The nation’s output slid for the 10th time in 11 weeks through April 1, while crude stockpiles fell, according to data from the Energy Information Administration.
Iraq output rose to 4.55 million barrels a day in March from 4.46 million barrels in February. Exports increased to 3.81 million barrels a day from 3.23 million. Energy companies led gains on the MSCI Asia Pacific Index. Short positions in WTI crude jumped 35 per cent in the week ended April 5, according to the US Commodity Futures Trading Commission.